Home / News / Everything Everything To Return To North America Next Month 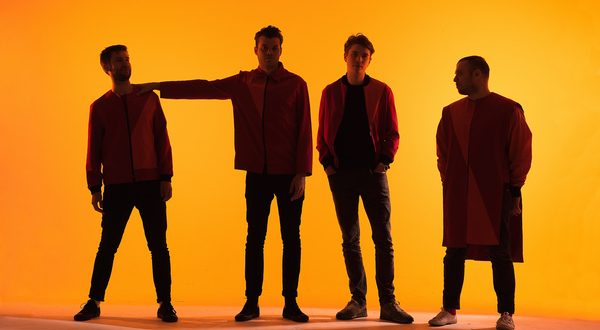 Everything Everything To Return To North America Next Month

After a wonderfully successful and sold-out North American tour this spring (with fellow Brits The Joy Formidable), as well as playing back-to-back shows SXSW Festival in March, Manchester four-piece Everything Everything is proud to announce they will be returning to the States for a handful of headlining shows.

The band will also be part of this year’s TIME Festival in Toronto on August 6th. For a full list of dates and ticket information, see below.

Earlier this year, the band released their critically acclaimed full-length “Get To Heaven” (Big Picnic Records), which spawned stellar tunes such as “Regret,” “No Reptiles,” “Spring / Summer / Winter / Dead,” and their current lead single in the U.S “Distant Past.”

“Get To Heaven” – produced by the legendary, award winning Stuart Price – is available now on all digital platforms and in-stores worldwide.

Get To Heaven
iTunes | Spotify

Be sure to catch the two-time Ivor Novello Award winners and Mercury Prize nominees live in August on the following dates.

Previous BUCKCHERRY CELEBRATES TENTH ANNIVERSARY OF “15” WITH HEADLINING NORTH AMERICAN TOUR
Next Gallery: Violent Femmes at The Pageant in St. Louis, MO on 7.14.16