Home / Album Reviews / The Source – I Feel I Need 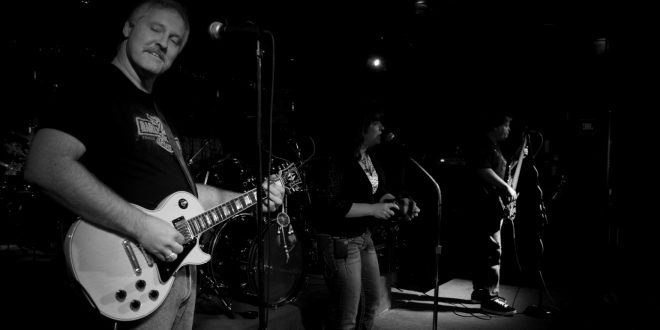 The Source – I Feel I Need

Album: I Feel I Need

Best Songs: I Feel I Need, Let Your Hair Down, Let’s Take a Ride

Weaknesses: Lyrical content is to be desired, album could be condensed

The Source is a band that has achieved a level of unity that is unprecedented given typical expectations. Since the group’s formation in 1996, all four of the original members have stayed with and performed together, each one possessing over thirty years of musical knowledge and experience. The Watertown, South Dakota based band consists of front man Ed Woodruff on lead vocals and guitar, Lindie Woodring performing harmony vocals, Mike Chlopkowiak on bass, and Jeff Geiser on drums. The Source has recently put out a thirteen track album titled “I Feel I Need”, which was mixed by Tom Weir, a Grammy award winning producer and owner of Studio City Sound in Los Angeles, California, which has worked with some of the most famous musicians of all time, such as everyone from Eric Clapton to Gwen Stefanie.

“I Feel I Need” is an album that can be very deceptive, but not necessarily in a bad sense of the word. For example, listening to the first few songs, it appears the band’s sound is somewhat aggressive and punchy; the first and title track of the album is quite identifiable to 90s contemporary rock, especially in terms of the guitar tone and Woodruff’s vocal delivery. Perhaps the introductory songs on this album could best be described as a mix of Stone Temple Pilots and Alice in Chains, but with a bit of a softer edge that is somewhat blues-oriented, similar to how Metallica’s sound changed after the “Black” album (Load era). “I Need I Feel” is definitely one of the strongest tracks on the album, the entire band really comes together on this piece and produces a truly mean and edgy rock song in which Woodruff gives perhaps his best vocal performance throughout the entirety of the thirteen tracks. The shift, however, comes after the first few initial tracks of this album as The Source steadily begins to round out and define their sound to listeners. One understands after about the fourth or fifth track that this certainly isn’t a pure, 90s-influenced rock group, and is instead a dynamic and complex band that has definitive traits of country and blues. “I Feel I Need” starts out dark and aggressive, but will occasionally fluctuate to brighter tracks that incorporate a higher emphasis on lyrical content as opposed to instrumentation. The guitar sound on this album, for the most part, is excellent. Throughout these tracks, listeners will be kept interested with everything from Pink Floyd-esq guitar runs to crunchy, hard-hitting, bare-bones rock riffs. Some of the better riffs are on the later parts of the album; a good example of great rock guitar riffage is a track such as “Let’s Take a Ride”. Woodruff can have a good voice. The keyword here is “can”. When this front man is on point, he really brings it home. His deep, rich, warm, edgy vocals come out the best on tracks like “I Need I Feel”, “Let Your Hair Down”, and “Let’s Take a Ride”. The album is well done, and the sound is original and interesting.

For every instance of great instrumentation on this album, there is an instance of less than excellent lyrical content. If there were to be one main weakness to point out on “I Need I Feel”, it would be that the album is somewhat lacking in quality, well thought out lyrics. It’s not to say the lyrics are cheesy, they aren’t, and it’s not to say that the lyrics take away from or don’t mesh with the instrumentation, because they seem to do well in this respect, too. The main issue is that the lyrics don’t seem to be anything particularity special, insightful, or convincing. Sometimes a band can get so centered around its overall sound and instrumentation that they forget the basic principle that good songs come from good lyrics. Therefore, if there is a critique to make, it would be that The Source should direct their attention to improving the depth of their lyrical content.

This is a great band, and they have made a great album that has a unique way of keeping listeners on their toes; it isn’t easy to pin the sound on this album to any one influence, and it is valid to say that The Source has created something that is truly original in these thirteen tracks. There is every piece of evidence here to suggest that this band is capable of great things; these are talented, experienced musicians, and it is obvious they know what they are doing. The next step, however, is to work on writing songs that listeners can truly connect with through lyrical content that matches the quality of the other features of this band.