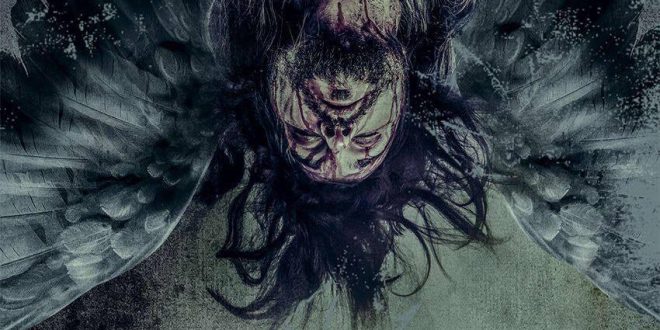 Connecticut metal band Dead By Wednesday, currently enjoying the success of their highly praised EMP Label group release The Darkest of Angels, is proud to announce the newest addition to their lineup. With the complexity of their newer sound, they have decided to add a second guitar player to their lineup, that player is none other than Marc Rizzo of Soulfly and Cavelera Conspiracy, and original songwriter / founding member of Ill Nino. A long-time friend and collaborator of DBW’s drummer, Opus, Rizzo is featured on DOA track, “The Surgeon.” He will be writing and recording on their next album, and doing select tours and shows around his Soulfly schedule.

Marc and DBW are excited about this new venture. Marc has released the following statement:

“I am excited to announce that I will be joining one of my new favorite bands Dead by Wednesday! When I have time off from Soulfly, I will be playing shows and recording a new record with DBW!!! DBW newest record is one of the best records of this year, and I’m stoked to play live with these guys soon!!! LET’S shred!!”

Prior to the recording of DARKEST OF ANGELS, the band parted ways with long-time singer Joe Morbidelli due to his ongoing battle with substance abuse. Despite the heartache and disappointment of his departure, the band continued to write, pouring their grief into their music. And instead of rushing into a replacement, the band decided to create an entire album featuring tracks sang, and co-written, with guest vocalists, friends from prominent metal bands, each of who has had an impact on their lives, professionally or personally, keeping each song to the themes of addiction and substance abuse, as an ode to their former singer and his struggle. The result is an eclectic and emotional concept album that showcases the raw talent of DBW’s writing combined with the unique style of each guest vocalist.

After months of auditions, DBW finally found their replacement, 6’5 powerhouse Rob Roy, who makes his debut on emotional DOA standout track “The Surgeon”. Together with Joey Concepcion on guitar (who also plays in Armageddon with Arch Enemy’s Chris Amott), Opus on drums (who also plays with Marc Rizzo of Soulfly) and Mike Modeste on bass, the band has morphed into an unstoppable international act. Throughout over a decade as a band, DBW have toured relentlessly, and along the way developed their own sound and style, creating a fierce loyal fan base along the way. And now with an undeniable new lineup, Dead By Wednesday is here to stay, a “Phoenix rising from the fire.”

EMP has made 2 tracks available for streaming from their SOUNDCLOUD PAGE – “DARKEST OF ANGELS (D.O.A.)” Featuring John Arch of Fates Warning, and “THE SURGEON” featuring Dead By Wednesday vocalist Rob Roy. You can stream them on Soundcloud.

Tags Dead by Wednesday Marc Rizz The Darkest of Angels