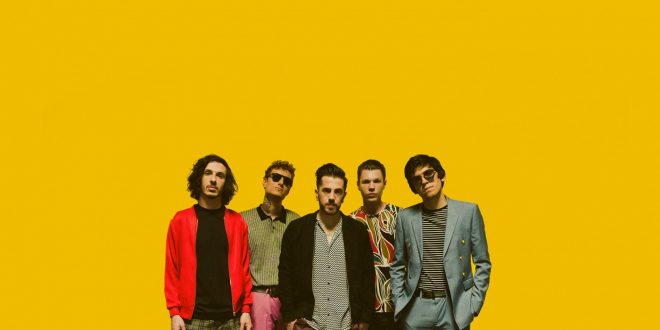 Rock band Crown The Empire has debuted a video for their first new song, “Zero,” today from their highly-anticipated, forthcoming album, Retrograde, that’s due out on July 22nd via Rise Records. Fans can pre-order the record now at cte.merchnow.com.

“We wrote this song specifically for our longtime fans. We feel that the song’s explosive energy coupled with the psychedelic production and video really puts our best foot forward to give the listener an idea of what they can expect to hear from the album overall. We hope you enjoy “Zero,” your first taste of our album Retrograde.  We are very excited for its release on July 22nd.” – Andy Leo (vocalist)

“Zero” is Crown The Empire’s first new song since the release of their coveted, breakout album The Resistance: Rise of The Runaways, which was released in 2014 and debuted at #7 on the Billboard Top 200 chart. The video for the track was directed by Sam Shapiro and Sam Halleen and was shot in downtown Los Angeles. It takes viewers on a psychedelic journey through the perspective of each member’s eyes and what they may have encountered while writing and recording the record.

Crown The Empire will embark on the Vans Warped Tour later this month where fans can catch them all summer long. Follow the band on Facebook for updates.