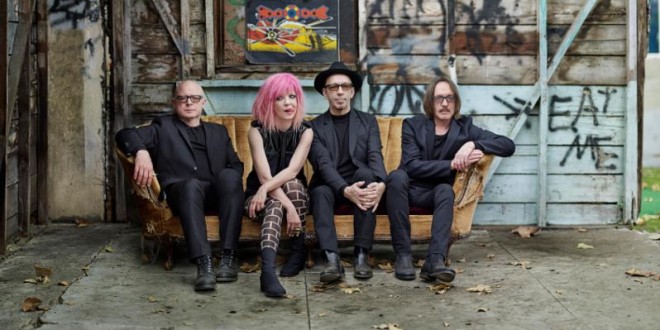 Garbage (Shirley Manson, Steve Marker, Duke Erikson and Butch Vig) today released a new music video for their single “Empty” from their forthcoming album Strange Little Birds due out on June 10th on the band’s own STUNVOLUME Records. The video reunites the band with award-winning director Samuel Bayer who directed the group’s music videos for “Stupid Girl”, “Only Happy When It Rains”, and “Vow”.

Strange Little Birds, the band’s sixth studio album, was recorded and produced by the band in Los Angeles and is the follow up to 2012’s heralded Not Your Kind of People. To pre-order the album with various bundle and format options, click HERE. All fans that pre-order the album on iTunes will receive an instant download of “Empty”.

Earlier this month Garbage announced their ‘Strange Little Birds’ U.S. tour in support of the new album. The dates will kick off on July 6th at Summerfest in Milwaukee and follow a run of European dates. Tickets are now available for purchase. Check www.garbage.com for additional details and details on VIP experience packages, including: early entry, soundcheck access, Q&As, meet and greets, photo opps with the band, exclusive merch, and more.

STRANGE LITTLE BIRDS TRACKLISTING
1. Sometimes
2. Empty
3. Blackout
4. If I Lost You
5. Night Drive Loneliness
6. Even Though Our Love Is Doomed
7. Magnetized
8. We Never Tell
9. So We Can Stay Alive
10. Teaching Little Fingers To Play
11. Amends