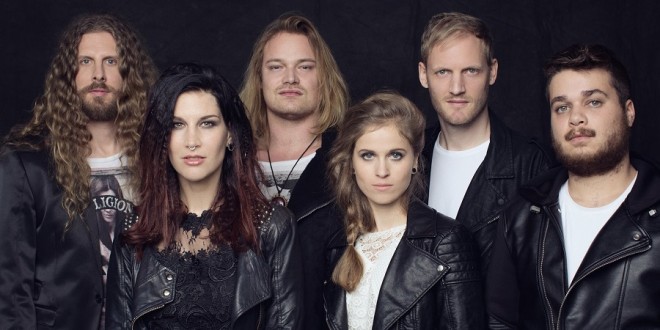 DELAIN are a restless spirit! Not only when it comes to their creative outlet but also taking a look at their live activities: DELAIN, who have garnered high praise in the entire rock and metal scene over the last few years, have just announced a full European tour for Fall 2016!

Since the release of their highly acclaimed album ‘The Human Contradiction‘ in 2014 on Napalm Records, DELAIN have been constantly touring and shared the stages with arena acts such as NIGHTWISH, WITHIN TEMPTATION and SABATON. DELAIN ended 2015 headlining and conquering stages in sold out venues all over the world.

In between touring, DELAIN found the time to release a new EP titled ‘Lunar Prelude‘ (February 2016, Napalm Records), which includes two brand new tracks and exciting live cuts. Mastered by Grammy Award winning Ted Jensen, ‘Lunar Prelude’ leaves the listener with a hunger for more, but shortens the wait for the next full length album from DELAIN which is set for release summer 2016.

DELAIN are going to hit the road this Fall in support of the new album for an extensive European tour! Make sure to catch the band and their energetic live shows on the following dates, presented by Metal Hammer, Metal.de, Napalm Records, RTN Touring, FORTAROCK and Factory Music management and agency.
with Special Guest EVERGREY and support KOBRA AND THE LOTUS.”