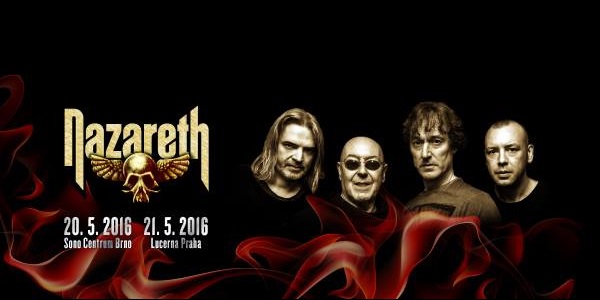 Nazareth back in Czech republic

After enormous success last year in Brno, legendary Nazareth are heading back to Czech republic for two shows this year. Concerts will take place at Sono center Brno on 20th May and at Palace Lucerna Big Hall on 21st May.

Fans can look forward to one of the best rock voices of present times – Carl Sentance, the former singer of Swiss Krokus or British formation Geeze Butler Band, member of Persian Risk and regular frontman of the solo projects of legendary Deep Purple keyboardist Don Airey.

Nazareth, who continue to be very popular in Czech republic, are together with bands such as Rolling Stones or Led Zeppelin considered to be one of the most essential formations of world music scene. The biggest hits of this legendary Scottish band – songs Love Hurts and Dream On, were listed in 100 all-time best songs in the prestigious Rolling Stone’s chart.

You can buy your tickets at Ticketpro.