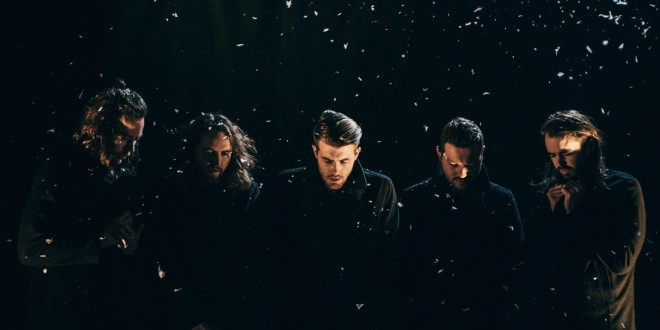 Hands Like Houses Release New Video for “Degrees of Separation”

Singer Trenton spoke of new video for Degrees Of Separation and said “We wanted to explore a visual, art based video this time rather than one focused on performance. The whole video is meant to be a subtle juxtaposition of ideas, where nothing quite belongs, yet we’re stuck with those moments and environments and have to wait them out.’  He continues “I feel like Degrees encapsulates the struggles of creating Dissonants – both the time and creative challenges involved. We wrote much of the album in a snowy winter setting (a very alien thing to us Australians!) that made it feel like it was the perfect metaphor for trying to make something worthwhile while being so far from where you belong. The upbeat vibe contrasts the fairly dark and personal lyric matter, so it’s a fun song to crank live while still keeping it real and grounded.”

“We always want to keep moving forward with our style and sound, so while we always take a big step forward with each record, we still keep a foot firmly planted in the soul and appeal of the album that came before it, so it all makes sense as a whole journey. It’s always a slight risk but we feel like the aggressive edge in Dissonants was what a lot of people were waiting for from us. It has definitely opened up a bunch of doors for us to keep growing in new directions which is always exciting. ” – Trenton Woodley

The band head out on a UK run of dates starting later this month.  Tickets purchased previously will be valid.