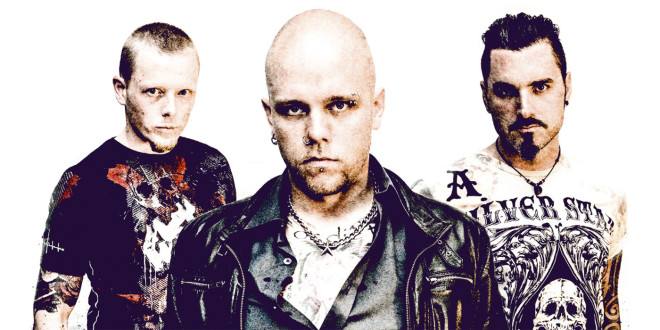 Consisting of 15 brutal tracks, Horizon is a mixture of melodic metal and metalcore—pairing quite well with the album’s theme. As Mao explains in Horizon’s press materials, “Horizon is about the senseless tragedy of things that happen in the world around us. The Charlie Hebdo attack, the brutal massacre at the Bataclan Concert Hall, the senseless wars in the Middle East, [and more] …”

This anguish is apparent, oftentimes resulting in angst-ridden lyrics, such as “I’ll try to hide my fear inside / Now I have to face my inner demons / One last time / I’ll give my life to make it right / I will find a way, I’ll find a meaning / A reason to go on.”

While something to note, these lyrics are not necessarily a bad thing. After all, everyone has days where these words will carry a deeper meaning, potentially making the call to rise up and face something larger than oneself (present throughout the entire album) all the more potent.

As far as the music, the first half of the album starts strong with “Arise.” The guitar riffs, while more simple, create a groovy ambience that could strike a pulse in any mosh pit. Mao himself is something to be cherished, as his ability to switch from fierce growls to crisp vocals make the track and the rest of the album. A strong beginning, it is worth noting that “Arise” is a tinge familiar of music this reviewer would have had on blast several years back (à la Killswitch Engage).

Without question, Horizon starts strong. However, it does ultimately begin to drag toward the end of the album. Still packed full of decent metalcore, the fault seems to lie more in self-editing than anything else. Maybe an hour’s worth of music shouldn’t be split into songs that are give-or-take roughly the same length. Maybe there needs to be more variance between tracks to solidify a clear beginning, climax, and finale on the album. Or maybe Mindshift needs a little extra something to differentiate it from other bands within the genre.

Either way, Horizon is neither bad nor exceptional. Rather, the album cements Mindshift as a band to keep an eye out for in the future.