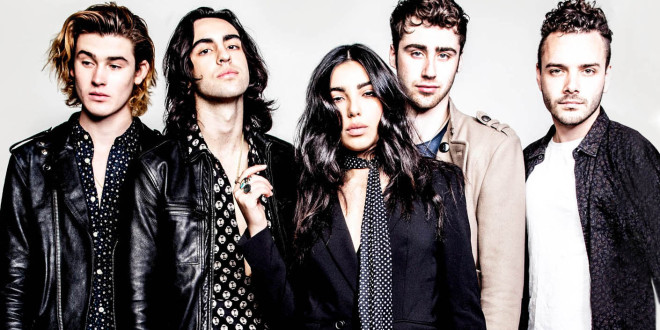 “Ecliptic,” the new video from The Heirs, premieres via Alternative Press. The band’s debut four-track EP, Ecliptic, is out now. Following shows at SXSW and tour dates with The Big Pink, The Heirs are set to play a full lineup of summer shows on the 2016 Vans Warped Tour. MTV News included the group in their list of “12 Bands You Need To See On The 2016 Vans Warped Tour.” See below for a full list of dates.

The Heirs features Brandon Hudson (lead vocals/guitar), Savannah Hudson (lead vocals), Alex Flagstad (guitar), Eian McNeely (bass/keys) and Brennan Benko (drums). The band’s name can be traced “to a mutual dream where the youth are heirs of the world, inheriting everything the adults leave behind.” This vision defines the music that the band creates in Ecliptic and their forthcoming 2016 full length. The band recently recorded in Los Angeles with Justin Stanley(Beck, The Vines, Sheryl Crow) and Bram Inscore (Beck, Icona Pop); Brandon shared in various producing roles and co-wrote songs with Savannah.