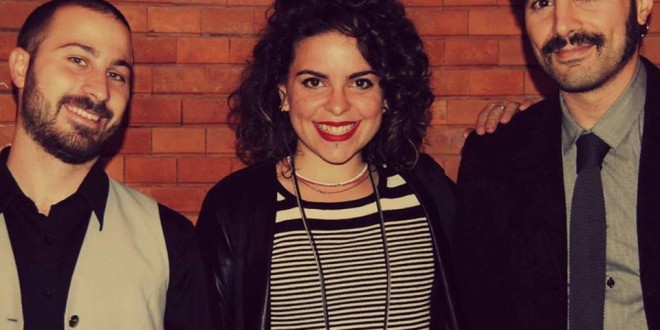 Chrysalis, the follow up to The Metamorfosi’s debut album Chimica Ormonale, is their first English language effort and sets the bar high for any future releases. The Metamorfosi are quite unique in their seemingly effortless ability for blending a variety of sonic elements into a consistent, larger whole. They are adept at multiple approaches – near-classical inclinations bump heads with hard rock drumming, blazing guitar, and other unexpected instrumentation without ever sounding too incongruous. Sarah and Tyron D’Arienzo are vocalist and guitarist respectively and the trio is completed by drummer Gianluca Manfredonia, but the three are merely the core of an open-ended musical vehicle unafraid to utilize a variety of sounds and colors.

The album’s first half devotes itself primarily to indulging the band’s art rock tendencies on songs like the opener “Essence”, “Gregor Samsa”, and the multiple musical faces of “Levity”. The first song is a dreamy, impressively nuanced piece with a languid tempo. D’Arienzo’s vocal will shock first time listeners with its stark clarity, wealth of emotion, and boundless range. The wildly creative “Levity” spins through a variety of sounds and approaches, but it isn’t the musical dexterity that’s most impressive. The monumental thing about Metamorfosi, at their best, is that they marry their musical and lyrical ideas with such organic finesse. The title song is an anomaly in the album’s first half thanks to its comparatively traditional structure and acoustic sound. It’s notable how D’Arienzo delivers another powerhouse vocal, but one appropriately modulated in deference to the song’s softer tilt.

“Keep the Pain”, “Packed Smiles”, and “Light” play much more to the band’s rock/pop rock tendencies with their brisk tempos, glistening guitar work, flares of screaming vibrato, and muscular drumming. Manfredonia, in particular, distinguishes himself as an impressive time keeper able to hit precision patterns while still retaining the considerable skills as a swinging, pocket player. “Keep the Pain” seems a little tentative musically, but the contrasting vocals of D’Arienzo and guitarist Tyron conjure surprising magic. “Packed Smiles” is fascinating. It runs a little less than four and a half minutes in length but builds with such steady tension and bubbles over with a variety of sounds that it takes on epic qualities. Nothing, however, is self-indulgent – The Metamorfosi, here as elsewhere, has a clear songwriting vision that cuts through the ego.

The album’s last song, “The Moon is Kiddin’ Me”, is Chrysalis’ epic moment, a commanding closer that finds the band pushing themselves to lengths not dared in earlier songs. Like most extended pieces, the track is a series of musical movements, but it fortunately avoids any inkling of the premeditated. Every transition sounds appropriate and helps strengthen the song’s dynamics. It’s an inspiring end to one of 2016’s most rewarding releases. The Metamorfosi have raised their game with this album and their steadfast ambition to produce work of lasting thematic weight and quality makes Chrysalis required listening.