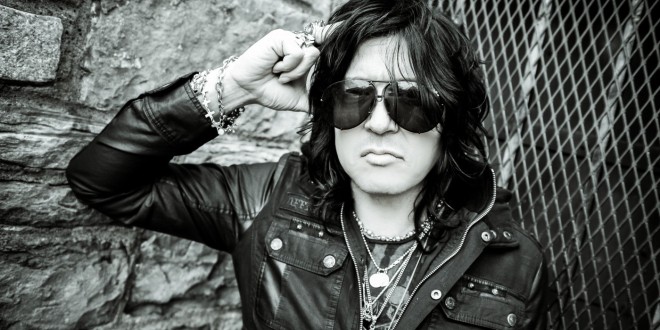 Now, as a “thank you” to his fans who have supported him and the long-awaited solo project for the past few years by attending one packed show after another, Keifer and his bandmates (#keiferband: Tony Higbee/guitars and vocals, Billy Mercer/bass and vocals, Paul Simmons, drums and vocals, Paul Taylor/keyboards and vocals, Savannah Keifer/vocals, percussion and piano, Kendra Chantelle/vocals and percussion) will being entering a Nashville studio later this month to record with four-time Grammy® Award-winning producer/engineer Vance Powell (Elle King, Chris Stapleton, Jack White).

The new tracks will be featured as bonus material on an expanded, deluxe edition of Keifer’s critically acclaimed 2013 solo debut album, The Way Life Goes. Set for release later this year, the package will also include the original album that’s currently being remastered by Richard Dodd (Kings of Leon, Jason Aldean, Lady Antebellum), a bonus DVD with video extras, a documentary about the creation of the bonus tracks, and exclusive interviews with the band filmed during the new recording sessions.

The as-yet-untitled deluxe set will be wrapped in an all new expanded art package designed by artist David Calcano (creator of the Fantoons comic strip series) with one-of-a-kind unique illustrations depicting each song. Keifer credits a framed collage designed by Calcano of images depicting life, members of his band and songs from The Way Life Goes that was given to him by his tour manager, Gene Aldridge, as the inspiration to release the deluxe edition.

“That one gift,” said Keifer, “instantly made us think about all the incredible people, adventures and inspiration that had come into our lives over the last few years. The new deluxe edition is our way of celebrating the way life’s gone since the initial release. It’s been an amazing journey!”

The new package’s bonus track song titles, release date and some other very special surprises will be announced in the coming weeks.

Upon its initial release, The Way Life Goes garnered rave reviews. To wit:

“A collection of 14 blues howlers, Stones-y rock and, yes, big ballads, the album calls to mind Cinderella but with an even more rootsy undercurrent.”
–Joseph Hudak, Rolling Stone

“…14 songs that stay true to form – killer blues-rock playing and tones, hooks galore, and strong songwriting. If you’re a fan of harder-edged rock and long to hear genuinely enjoyable new tunes, it may be just the thing; the opener, ‘Solid Ground,’ offers pure Keifer guitar and vocals with a feel reminiscent the Stones’ Exile On Main Street while the remaining tracks are, much like his life the last 15 years, an up-and-down ride.”
–Ward Meeker, Vintage Guitar,

“…the record features such vital, vibrant guitar tones and parts that are immediate and honest. They also have that cool, interlocking, layered quality that made so many classic rock albums so, well, classic. Keifer flat-out knows how to play vibey guitar parts with ungodly tone, and fans of the Stones, Zeppelin, Steve Marriott, and early Aerosmith should definitely take notice. And, although you wouldn’t wish hemorrhaging vocal cords on anyone, this guy is singing better than ever to complement his great 6-string parts.”
–Matt Blackett, Guitar Player,

“…an amazing, raspy voice and a knack for writing songs that lodge themselves on the brain and refuse to leave for days…”
–Gerry Gittleson, Los Angeles Daily News,

“The Way Life Goes marks the first release of any kind by Keifer since Cinderella’s last record, 1994’s Still Climbing. In many ways, it picks up right where the band left off. The first single, ‘The Flower Song,’ echoes ‘Maggie May,’ the familiar grit in Keifer’s voice approximating Faces-era Rod Stewart; but for the most part the album replicates the blend of pounding hard rock, soaring ballads and blues and country tinges that characterized Cinderella’s sound beginning with Long Cold Winter.”
–Shaun Brady, Philadelphia City Paper,

In touring news, Tom Keifer and his band has confirmed lots of new tour dates that will keep them on the road throughout the rest of the year. Check them out at any of the following stops:

* More dates to be announced.