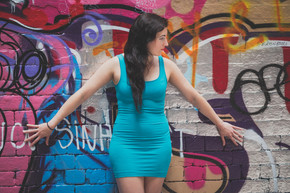 Monique Angele “Answers” the question what a heavenly choir sounds like

Monique Angele, true to her name, has created one of the most angelic and beautiful EPs on the indie scene. “Answers” is original, interesting and personal – there’s no trace of the boring pop clichés we often witness today. You can clearly hear how every note and word was put in its place with the intention of making art and not simply a hit. This is what makes Monique great – being a musician is her calling, not her job.

Monique’s new EP has a dark and a light side – it focuses on the themes of doubt and frustration, as well as acceptance and reconciliation. The album opens with the self titled piece “Answers”. It is rich in harmonies and melodies – Monique’s smooth, resonant voice and the gentle piano accents will take you to a magical place, filled with joy. The video for the song can help you get there as well – filmed on the east coast of Australia, it’s absolutely gorgeous. However, you might feel a bit (or a byte) melancholic, especially at the end of the song, so keep that in mind! The next piece on the album is “Mirror”. In this song, we hear an addition to the instrumental accompaniment – violins. Combined with the menacing melody on the piano, this makes “Mirror” the most aggressive song on the album. If you like the early Evanescence (more precisely “The Open Door”), definitely check this song out. Next on our playlist is “You Know” – a touching ballad, filled with soaring vocals and amazing harmonies. The last song is “Complete” a fun and lively tune that perfectly alleviates all symptoms of melancholy, leaving the listener feeling satisfied and happy. I’d like to tell you which song is the highlight of the album, but they’re all so rich and different, that all of them are highlights. Forget about fillers – every song has its place in “Answers”. My recommendation is to listen to all four of them multiple times – surely, you won’t regret it!

“Answers”, that came out on February 27th, 2016, is Angele’s second album after her Debut EP. Originally from Canada, Monique now lives and writes music in Melbourne, Australia. “Answers” was produced in cooperation with Shawn Burgess, who also recorded, mixed and mastered the album. Angele did most of the work on the album, while she was living and working in a kangaroo sanctuary, situated in far northern Queensland in Australia. Actually, the video for the self-titled single “Answers” illustrates her struggle to get used to the big city life after spending such a long time pretty much isolated in the Australian wilderness. Monique Angele is a trained opera singer and that can easily be noticed in her music – she has absolute control over her voice and manages to nail even the hardest notes. Fortunately for all music lovers, she decided to pursue her dream of performing her own music. We’re eagerly waiting for another album by Monique Angele and let’s hope next time we’ll get to hear more than four songs!