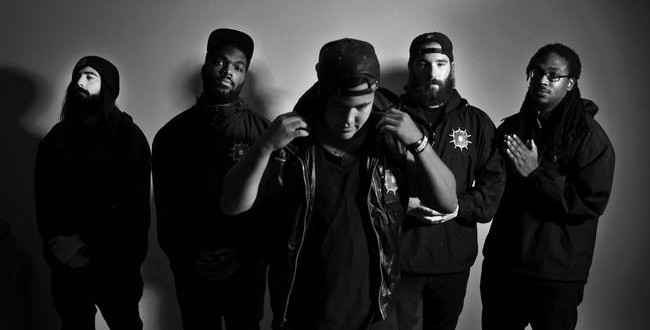 In Dying Arms is excited to premiere the latest single, “Blackwater”, off their upcoming Tragic Hero Records debut Original Sin. Vocalist Orion Stephens talked about the importance of the song, “Blackwater is a personal favorite off the record. This song really shows the true range of the band as well as pushing different elements we’ve barely touched in the past. We hope you enjoy.”

In addition to the song premiere, the band also announced their “Original Sin” headlining tour that includes Convictions, A Wake In Providence, Phantoms and THR labelmates, SET TO STUN. The tour kicks off on 3/31 in Trenton, NJ and wraps up on 5/11 in Fayetteville, NC. More information can be found on IDA’s facebook page.

Original Sin will be released on April 1st and pre-orders are available now at merchbucket.

Combining deathcore, metalcore and post hardcore, In Dying Arms prides itself on making music that is soothing yet devastating at the same time. Taking influences from Slipknot and even the older Suicide Silence, IDA has perfected a sound all their own. They could best be compared to a hurricane, often leaving the listener guessing where it will go next.

Orion Stephens (vocals) founded the band with fellow high school friends and has been active in building it ever since. Terence Bright (bass) and Alvin Richardson (drums) had worked musically with Stephens’ before IDA was formed and were eager to continue to create great music together. Christian Becker (guitar/vocals) and John Myers (guitar) were brought in to round out the current lineup.

With an impressive resume thus far, In Dying Arms plans to continue along the strong path that they’ve built both recording and touring. They’re definitely no stranger to the recording studio and have put out numerous albums and an EP. “This Is Retaliation EP” (2009) which was produced by Marc Neito of Kandid Productions and was followed up by their album “Deprivation” (2010) which was produced/engineered by Brian Bond and drums were tracked by Neito. In 2011, In Dying Arms put out their self titled album and brought in Toby Valmas to track the album and Zakk Cervini (5 Seconds of Summer, All Time Low, Sleeping with Sirens) to mix/master. In 2012, the band worked with Producer Stephan Hawkes (I Declare War, Defeat The Low, Hearts & Hands) of Interlace Audio to release “Boundaries”. Most recently they enlisted Andreas Magnusson (The Black Dahlia Murder, Born of Osiris, Despised Icon) to produce their latest album.

In Dying Arms has toured extensively and relentlessly. They’ve spent time on the road with bands like Attila, Crown The Empire, Fit For A King, Volumes, Counterparts, My Ticket Home, Sirens & Sailors and numerous other bands.

During their career, they have been a part of the rosters of both Artery Recordings and Matchless Records, in 2015 the band caught the eye of Tragic Hero Records and they each felt that the other was a perfect fit. 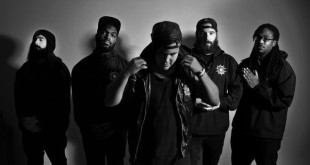