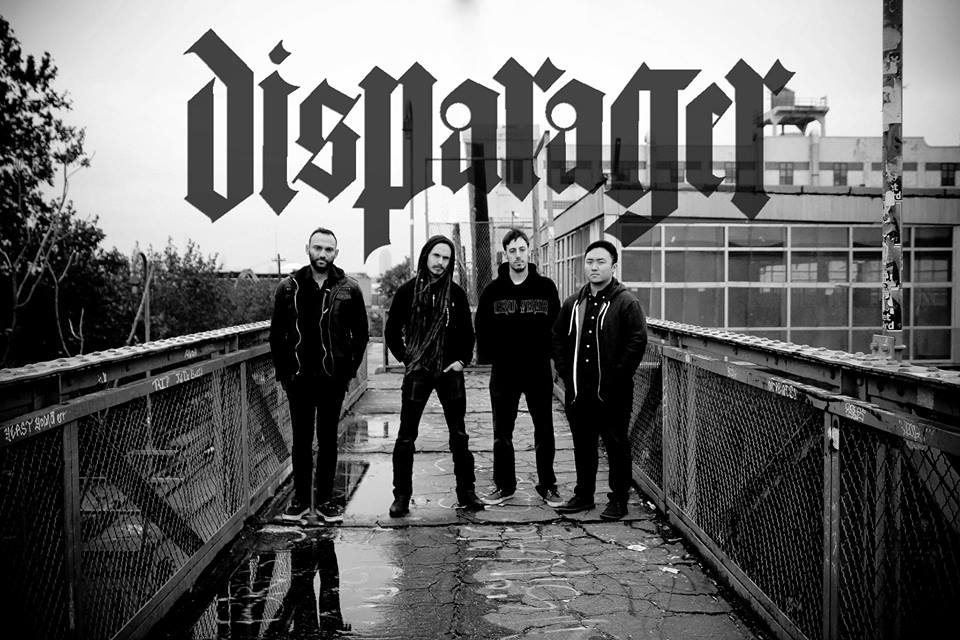 Regarding the song, vocalist Chris AhKao comments, “The song ‘At Least I Still Have Bon Iver’ is, at its core, a redemption song. I cannot wake up and look in the mirror without acknowledging with gratitude the horrifying fact that I have been given a second chance at this life-and in more ways than one. This video, in its narrative, violence, themes, and imagery, explores the song’s spirit of redemption, and I hope you enjoy it.”

DISPARAGER has announced an East Coast tour for this winter, featuring a hometown Brooklyn, NY Show on December 14th followed by a string of shows in January. A complete list of dates can be found below.

Formed just last year, the band is an extension of frontman Chris AhKao regaining his life from personal demons and the bands’ debut EP, Timeless, Ageless, is a testament to that.

The Timeless, Ageless EP is available for free on Spotify, AppleMusic,Bandcamp, and most other online outlets.  Recorded with producer Jay Maas (Defeater, Bane, H2O, American Nightmare, Polar Bear Club), Timeless, Ageless is bursting with dense rawness and precision while pushing the boundaries of metal.