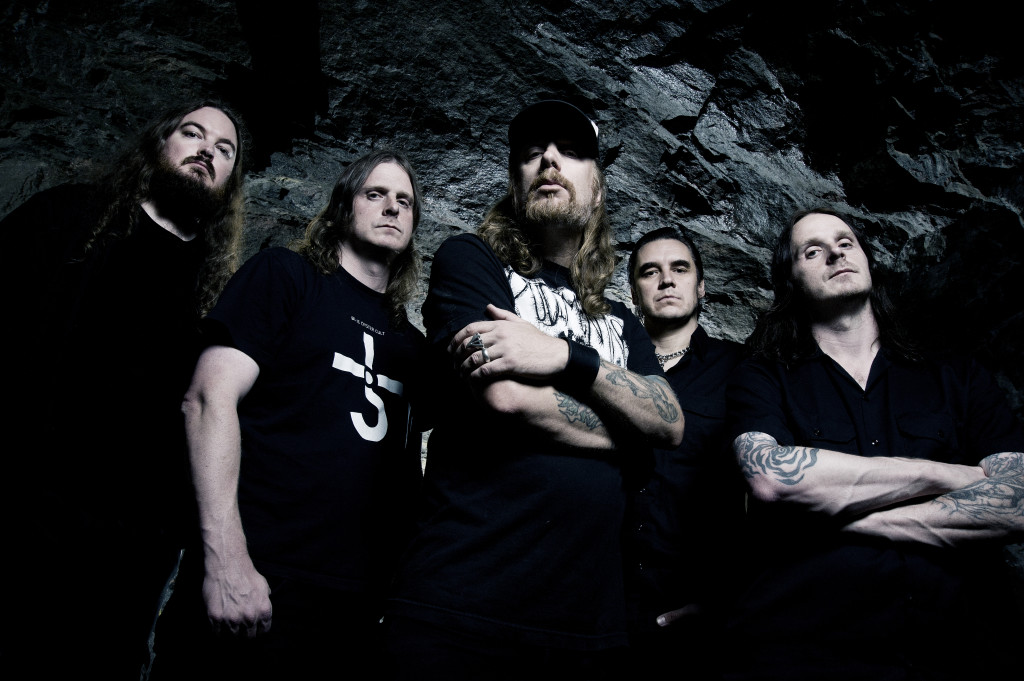 AT THE GATES post new video clip for “The Night Eternal”

After successful touring runs in South America and Australia as well as festival dates in both Japan and Europe, Swedish melodic Death Metal pioneers AT THE GATES continue to make waves with their highly acclaimed comeback album At War With Reality, released at the end of last year via Century Media Records.

AT THE GATES are now launching another promotional video clip, this time for the special album-closing song “The Night Eternal”. Once again created by Costin Chioreanu, who was responsible for the challenging artwork concept of At War With Reality as well as the creation of the animated video for the song “Heroes And Tombs” and the live-footage clip for “The Book Of Sand (The Abomination)”, this video features his most in-depth and challenging animation work so far.

The band commented the following: “The Night Eternal” is one of the absolute strongest and also emotionally challenging songs on the new record. It is a personal favourite and always gives us an enormous touching feedback when we play it live. Therefore it was a no-brainer for us to choose this song when Costin approached us about the idea of another animated video. This time he has, once again, stunned us with his amazing efforts to portray the emotional aspects of the music and lyrics of our songs. His interpretation of our material has always inspired us to rethink and re-evaluate our own creations, and therefore something new comes out of the project every time he is involved.” – Tomas Lindberg & At The Gates, November 2015

Costin Chioreanu adds:“The story of “The Night Eternal” speaks about the dark side of human nature and about the tragedy of living now, in a moment when any possible tool for hiding it becomes futile. The Night Eternal is in us, The Night Eternal is what we became, guiding our spiritual evolution using a wrong map, provided by a wrong society. The victim remains lost in a dream of constant need without any perspective of fulfillment.”

AT THE GATES have recently announced another North American tour for February 2016 together with Decapitated, The Haunted and Harms Way as well as a first bunch of European festival dates for 2016, including appearances at Party San and Summer Breeze in Germany, Metal Days in Slovenia, and Leyendas del Rock in Spain. See a list of their upcoming dates here (All updates marked *):

More dates to be announced soon…

Tags At The Gates Music Video The Night Eternal tour

Previous Watch Tamerlane’s New Video for “Passive | Impressive”!
Next Caleb Shomo of Beartooth Opens Up About His Struggles With Depression & Suicide