Home / Album Reviews / Highland Kites – All We Left Behind 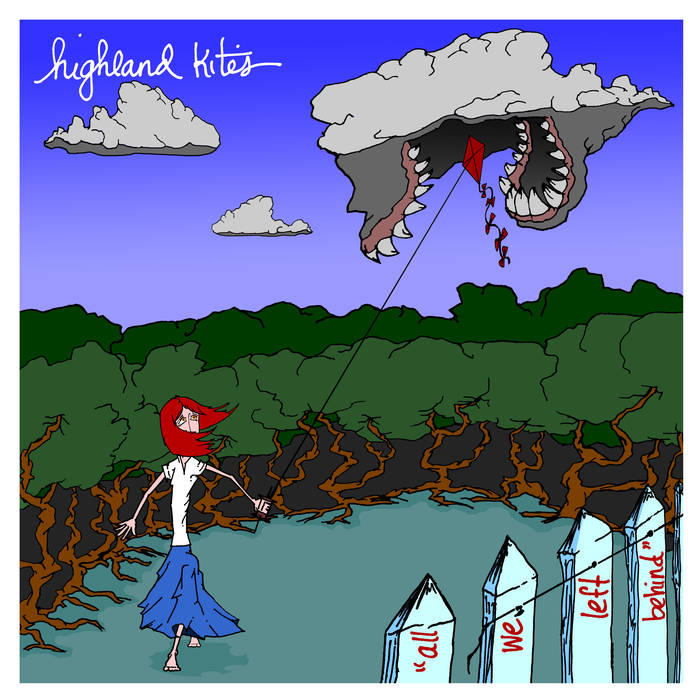 Highland Kites – All We Left Behind

Highland Kites – All We Left Behind

Highland Kites have returned with their charming full length release, All We Left Behind. The Los Angeles trio is made up of Marissa Lamar (vocals/keys), Raymond Richards (guitar/bass) and Neil Briggs (drums). All We Left Behind was also produced by Raymond Richards (Local Natives, honey honey and more). Throughout the record the band skillfully crafts each piece, bringing to life their indie folk roots. Lamar’s voice is like a dose of heaven that floats above the tracks, bringing something very special to the table.

Opening up the record is the attention grabbing “Small Frame,” which will draw your attention immediately with a gorgeous acoustic hook that is accompanied by tin-sounding drums. A warm and inviting sound, one can tell that Lamar’s story is very heartfelt right from the beginning. “Now I’m Home,” brings an even deeper element to the record with a haunting piano that melds perfectly with the overall instrumentation of the track. I’m already in love at this point!

“Black and White,” carries a storm into the album with an eerie tone that hovers like a dark cloud. Lamar’s voice floats above the song as if it is sent from heaven. “Broken,” follows in the same tracks leaving an everlasting impression on your ears. The vocals are smooth and sultry as they echo over enchanting guitars and prominent drums, which draw you deeper into the story.

“Intertwined,” brings a gentle love story into the mix incorporating a graceful display of instrumentation. Lamar’s voice straddles the grounds of soulful and gentle, to one of force, as if she is protecting herself in the song. “Intertwined,” has become an instant favorite of mine on the record, drawing me into the listening experience even more.

“Empty Pages,” shows a lighter tone of the record that showcases a jaunty element of the band. That being said, the song fits flawlessly with the overall theme of the album without missing a beat. Standout track “I Don’t Blame You,” shows off Lamar’s prominent vocal abilities, which will resonate in your ears. The gorgeous and charming “Polaroids,” continues that theme, as the combination of steamy vocals are surrounded by intricate guitar picking and lightly played drums; really setting the mood of the album.

“Before You Leave” proves to be one of the most heartbreaking songs on the record as you will be able to feel every bit of Lamar’s emotion. Her musical tears and memories are held together by slight violins that play gracefully behind her, and weave throughout. Closing out the record is “Bitter to Brilliant,” which has as much impact in the end as when the album first started. It acts as a nice closure to the stunning collection of songs, which you will fall head over heels for…over and over again. The only downside to Highland Kite’s All We Left Behind, is the fact that it comes to an end.