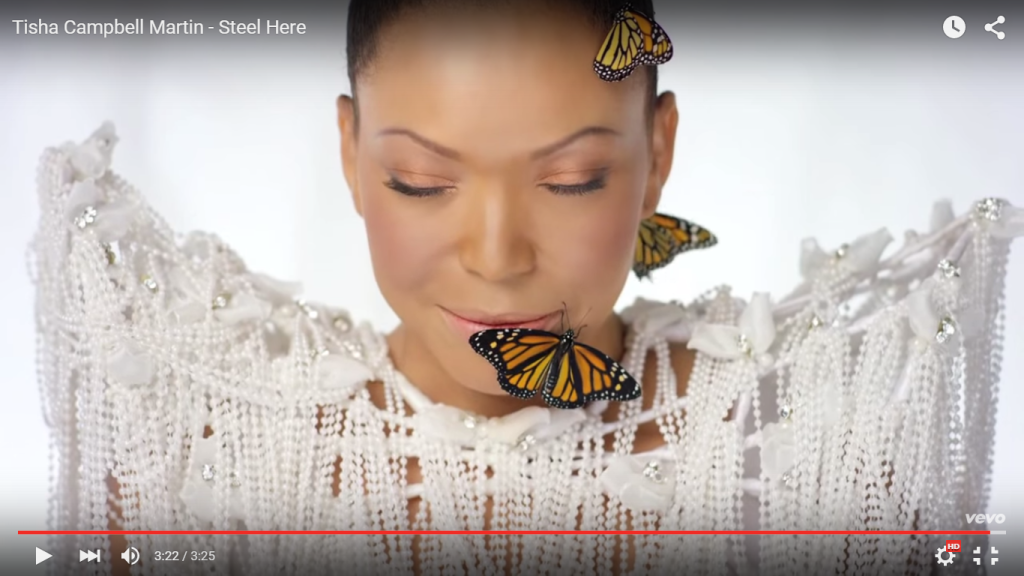 Well, this truly is a pleasant surprise for the 90’s babies who grew up grooving to “Push”, and watching movies like House Party, and the iconic sitcom, Martin. One of America’s most beloved leading first ladies, Singer/Dancer turned successful Actress, Tisha Campbell, and label, Cyborg Music Group, releases a powerful new single entitled “Steel Here” produced by B.Slade and Lukerative7. The visually aesthetic video, “Steel Here” was directed by Viktorija Pashuta and by Tisha herself & B.Slade.

According to the artist’s press release through various media channels, the song, “Steel Here” is about a traumatic event that happened to Tisha when she was 3 years old, the video featuring an apology letter from her rapist painted in black on her body.  It isn’t hard to see that this song could be the anthem for Tisha Campbell’s enduring career and iconic image in the entertainment world. Her endurance is proof enough that she is a soldier, she is tough as nails, and is in this for the long haul. B. Slade and Lukerative7 were skilled enough to captured her sound and present it with relevance and with a universal message,

“It’s a system of survival//I’m my only rival…

The stars are in alignment, I’m ready for this!”

Its a powerful thing to be able see inside the mind and heart of someone as widely successfully as Tisha and to see there is more substance there than just the roles she has played on screen. This song has a universal message. When I listen to it, I hear an anthem of a warrior, a coming in to one’s awareness, setting aside one’s ego and still going strong towards manifesting the life purpose they were assigned. I don’t hear a victim in this song, I hear a winner.

I am a bit of an  insomniac, I tune in to MTV2 late nights and I watch old episodes of Martin that have been off the air for years. I had long wondered if  after the release of her album, “Tisha” , had she altogether set aside her music to take up acting. She’s always had a distinctive voice that was all her own and has always owned her own appeal with confidence.  I can’t speak for all, but at least for me, it is so inspiring to see that first loves never part from us. It will always be hard for me to shake the years of the image of her characters out of my mind, but, her return to use her gift of song is refreshing, and it works well in 2015! Definitely look forward to hearing more music from you Tisha Campbell!