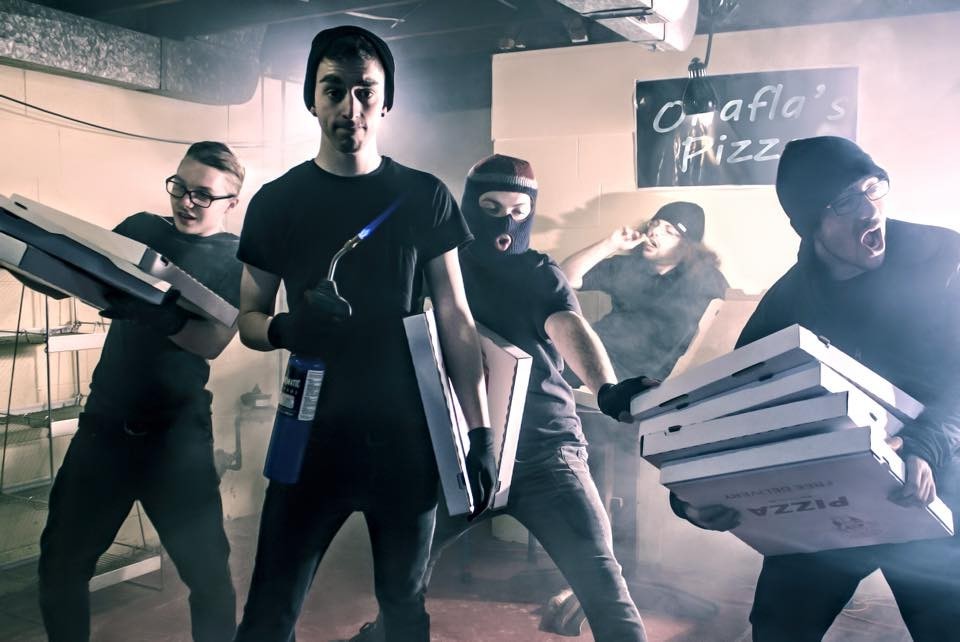 If you need an album slam-packed full of energetic tunes, then look no further. Let Drop The Act infect you with lyrics and tunes that will get stuck in your head from their album, Let’s Plan A Robbery!, which was released in April of this year.

“The Only Reason I Hold On” kicks off the album with an incredibly fast pace. Truly, the band’s energy just sucks you in with catchy riffs. There’s a lot of angst in “Truth In Consequences.” I get the feeling that Priscilla is singing about how he’s reached the end of his rope after being fed lie after lie. “Friendzoned” is the upbeat single from Let’s Plan A Robbery! This track stands to be the anthem for the trials of teenage love. I’m deeply curious about the story behind the title of the next song, “Would You Like To Eat My Candy Paw.” This number takes a turn from the rest of the album as the band’s sound gets heavier while the lyrics speak of losing yourself and waiting to be found again. That same angst and heavy sound carries into “Second String” but lightens up a bit for “Drunk In January.” “Stay Close” switches the gears again, as Priscilla sings this love song. Next up is one of the few songs I’ve heard about wanting a girl with “Tattoos, Gauges, and Ripped Jeans.” It’s a very lively and enjoyable track, even if it is about giving into the temptation of cheating. “Fake It Till You Make It” is just as upbeat, but the lyrics speak to me of building up your own confidence by “faking it” so you can move onwards and upwards. Finishing off the album just the way it started, “I’m Not a Gentleman I’m a Sellout” features some of the catchiest riffs and lyrics on the entire album.

Getting these 10 songs stuck in your head is beyond easy. You can pick up a copy of Let’s Plan A Robbery! on iTunes and Google Play, or stream it via Spotify.

Tags Album Review Cute Is What We Aim For Drop The Act Emarosa I Call Fives Let's Plan A Robbery! Pop-Punk