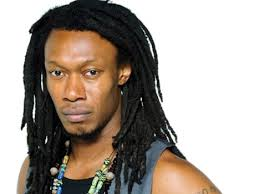 Kwame Binea and Shakedown form a barnstorming eight-piece outfit that have romped up and down the eastern seaboard with their ear-catching blend of rock, funk, R&B, blues, world music, and soul. If you need or appreciate labels, there’s none that define this community of musicians in a satisfying way. The songwriting and music alike throw down a gauntlet for themselves and listeners to engage these songs and their virtually irresistible appeal makes it an easy challenge to accept. While it isn’t a perfect debut, Binea and his fellow musicians rarely strike a false note throughout.

Few songs demonstrate this more than “Let Go”. While some might argue that message and presentation alike risk cliché, Binea’s songwriting and delivery shine with impassioned earnestness. Binea never overplays it. The message of acceptance and moving on from the past is far from an unfamiliar subject in all human art and his understated, but deeply emotive vocal accords this attitude with the dignity it deserves. The band’s rhythm section, a mini-trio of bassist Phil Bassaragh, drummer Melody Shabazz, and percussionist David Alston is the dependable engine driving each excursion and their fluency gives much of the songs their exotic cast. This doesn’t discredit the contributions of guitarists Art Vanterpool and Justin Wilcox or their partners on brass, saxophonist Kengo Yamada and trumpetist Brian “Red” Varneke. In fact, rarely do the players come together so well as they do on the second track, “Hang On”. While the song’s theme isn’t altogether dissimilar to the opener, the band presents an unified sound on this track that is somewhat missing from the preceding song.

“Little Lady” treads familiar songwriting territory, but the arrangement distinguishes itself thanks to crucial, though subtle, tempo embellishments. Binea’s freewheeling, inviting vocal enhances a solid lyric and the overall song in a distinctly musical, as opposed to theatrical, way. Binea has a penchant for phrasing quite unlike many modern singers that helps rescue the release’s sole blunder. The final song, “Waiting”, seems to be reaching for a definitive closer instead of allowing such things to evolve organically. The marriage of lo-fi backing and bubbling percussion with the album’s weakest lyric comes down to a case of flexing too much muscle instead of finessesing a final curtain. Binea and Shakedown are trying too hard.

There’s no need. This is an artist brimming over with sincerity and ready to work. Binea brings commitment to each performance that strengthens the weaker outings while imbuing the best with added luster. His songwriting, primarily with aforementioned guitarist Justin Wilcox, still needs work. The powerfully unique vocal and musical skills on display here deserve material equally original. However, Kwame Binea Shakedown is a steady first step towards that future.