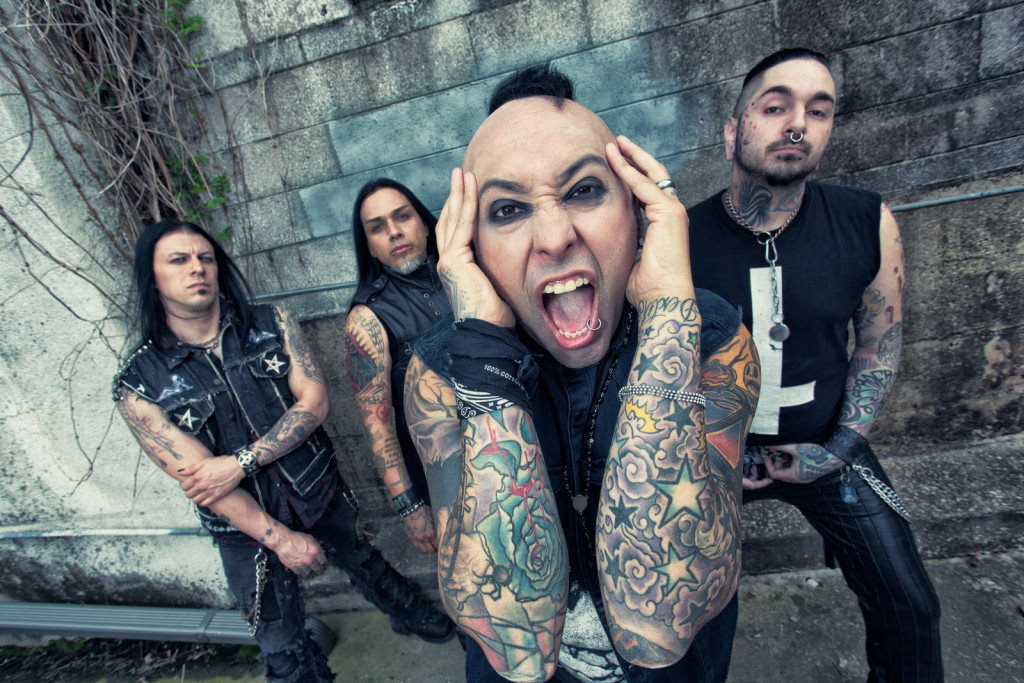 Like many fellow metal listeners, I occasionally find myself in need of some music to reflect and release the frustration inside. Murder F.M. fills that role spectacularly with their upcoming 11-track LP, Happily Never After, set to release on August 7th via Famous Records Global/Pavement Entertainment, Inc.

Metal band Murder F.M. was formed in Dallas as an outlet for frustrated youth writing music in the dark, dusty corners of Texas. The band perfected their sound and stage presence following independent success with singles supported by domestic and international touring.

Their shocking and elaborate videos received much attention and impressive view numbers on YouTube, contributing largely to their rising success. Murder F.M. also gained lots of positive international press which carried over to the US and led to supporting slots for names like Rob Zombie, Deftones, Five Finger Death Punch and many more.

Happily Never After kicks off with “Legion.” The heavy guitar riffs make this an awesome way to start off the LP. They remind me a bit of Deftones mixed with some early Marilyn Manson. That Marilyn Manson sound carries into “We The Evil,” where the same heavy riffs grind a driving pace that make this track a great anthem for angry youth. Murder F.M. changes things up a bit in “Last Breath.” This love song with a twist paints some awesome imagery with the lyrics. “Machine Gun Kisses” takes us back to the original pace of the LP. It makes for a great head-banger’s song with bittersweet themes woven throughout the track. The album slows down for “Burn” and becomes more melodic with this The Cure cover, but the pace turns right back up in “Slaves.” You can really feel the frustration in the lyrics on this sixth track. That same frustration carries over into “Lethal Lovers.” “Like Glass” has an interesting musical start that really stood out from the rest of the album for me. There is a very fatalistic theme in the lyrics that drew me in. The same can be said for “Happily Never After,” the album’s title track. This song definitely carries a dark theme, both lyrically and musically, that speaks to me of a love betrayed. That love-lost theme carries over into another ballad, “Rainy Day Parade,” that is a bit heavier than “Burn.” The LP wraps up with “We The Evil (Tommy Lee Remix).” I’ve seen plenty of other artists include a remix of one of the songs off the album as a sort of bonus track. I always find it interesting to hear the original material in a different light.

All in all, I definitely recommend checking these guys out and picking up a copy of Happily Never After when it drops on August 7th. In the meantime, take a look at the official music video for “We The Evil” and head over to Murder F.M.’s website and see what you’re missing.