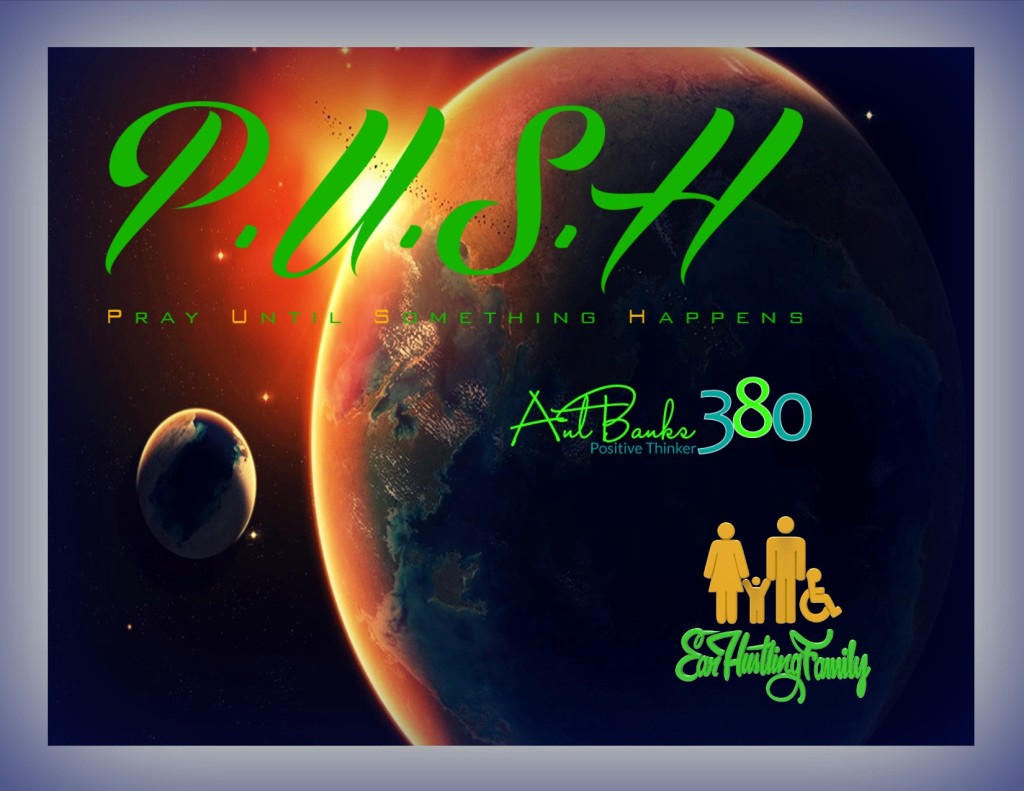 AntBanks380 is the founder and creator of EarHustlingFamily originating out of Houston, Texas.  His new single “P.U.S.H (Pray Until something Happens)”, from the GOD Fearing Gangsters album, is once again a refreshing change of pace and surrounds us with AntBanks380 originality and positive message. The other thing that is so incredible is the depth of the lyrics.

There were so many tracks on the GOD Fearing Gangsters album that really spoke to me and I kept going back to them because they sounded so great. “P.U.S.H (Pray Until something Happens)” is definitely one of those tracks. AntBanks380 brings his heart on this one.

It might just be my personal music taste, but AntBanks380 hit the nail right on the head with this track (and the album); the perfect blend of meaningful, deepness in the lyrics with a beat that honestly just makes you want to bob your head and shimmy around. This is a song that could be used at a party, and at the same time, a song that you can sit down and deeply reflect over things with.

Almost all songs that AntBanks380 delivers are true and applicable to real life. If you are searching for something to ease the transition from ordinary hip hop into gospel hip hop, then AntBanks380’s music will easily bring fire to the spark. Though not a Gospel rapper, as such, he is an inspirational rapper which can never really be too far removed from spiritual feelings and thoughts, I believe.

AntBanks380 does something special on “P.U.S.H (Pray Until something Happens)” and shows great growth in doing so. I love his story telling and how he opens up about his journey towards positivity. The soulful beat and beautifully sung hook, is without a doubt totally addictive, but it’s AntBanks380’s flow and the lyrical content which are ultimately the most captivating elements.

Stephen Vicino is the founder of MusicExistence.com. He created this site to give talented musicians a voice and a way to be discovered.
@@svicino
Previous Brian Diamond – Shadows & Mirrors
Next Time Spent Driving Release New Song “Skins & Knees”