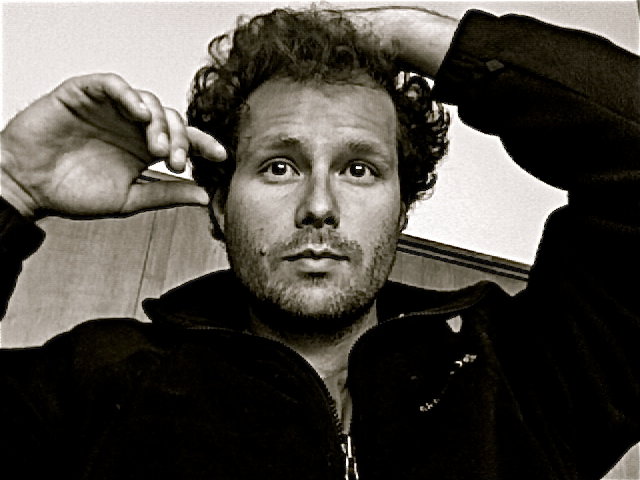 New York City resident Dan Coyle has established a strong reputation as both a songwriter and performer since his 2008 debut. He’s maintained a touring schedule of up to 100 dates a year that has taken him far from the Big Apple and allowed him to play his music for crowds across the United States and Europe. The quick-spread of his popularity has likewise netted him appearances on nationally televised programs and earned praise from many respected voices. His new EP release, Perfect Word Perfect Beat, continues an upward trend for Coyle as both a writer and performer. The six-song collection has welcome consistency, but thankfully shows ample taste for pushing the envelope.

Coyle, however, is initially content with showing us his fundamentals. His spirited blues guitar on “God, I Miss You” is perfect accompaniment for this short portrayal of longing, but the introduction of banjo helps ratchet up the emotional intensity. The song has a chorus worthy of many pop rock offerings and packs considerable punch. “Phase of the Moon” is a turn towards stolidly folk territory and perhaps the album’s most traditional offering. Coyle makes use of traditional imagery and marries it with disarmingly personal lines that lay bear his sincerity. The guitar melody isn’t particularly sophisticated, but Coyle adds a small turn during the instrumental breaks that helps give it further understated eloquence. “The Difference” begins as a straight-ahead folk number, but there’s a little bounce in the playing that hints at its next destination. Backing vocals soon enter with a 1950’s doo-wop style chorus and this becomes an appealing, though unspectacular, surprising pastiche of an unexpected style.

“Hey There Mama” doesn’t work thanks to a divided character that attempts reconciling two distinctly different approaches. Coyle tries alternating a monologue about his father’s death and the lessons he learned with a sleek blues track that bears no apparent relation to the voice-over. “Surrounded” finds Coyle deftly pivoting back towards the album’s earlier aesthetic. The song’s melodic guitar figure helps carry another superb display of Coyle’s generous and emotive singing. The EP concludes with “Nightclub Towns”, a funny and often well-written paean to the far-flung locales he’s hit as a touring musician has a rougher edge than the EP’s earlier songs and plumes of flaming electric guitar lash out at unexpected moments. Coyle gets a little too fancy for his own good as a performer when he decides to filter his vocals through special effects gimmickry, but it doesn’t sink things altogether.

Perfect Word Perfect Beat is a reminder of the life still present in Americana forms like country, folk, and blues. Moreover, its evidence of a young songwriter’s growing skill and confidence further charged with the thrilling spectacle of hearing him reach for effects he can’t quite reach but delighting in his daring and effort.

Previous Album Review: Luca Bash – The Single Drops EP
Next Interview with Straight Line Stitch: “…with so many people saying that this band is washed up, this EP is a testament to us not being dead…”