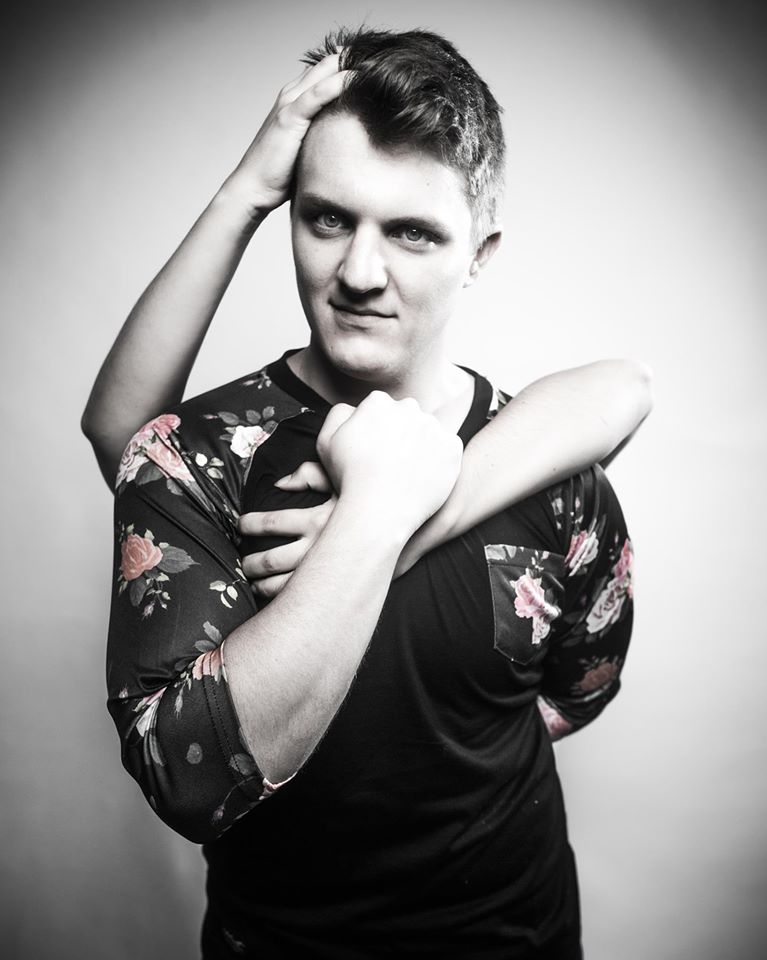 Singer/songwriter/multi-instrumentalist Scott A.F., currently hailing from Oklahoma, has a great story about getting interested in singing by being forced into choir by his parents after falling into the wrong crowd and expressing what music means to him. Unfortunately, the interesting story starts to wane as you move through his songs that have little dimension and an intense need to be swiftly yanked out of the 80’s. He has been quoted as saying, “… I’ve set out to write some killer pop songs with the lyrics of a singer/songwriter, basically something that you can’t not dance to, but crafted around an actual song with meaning.” I do believe that his lyrics do have a lot of well written meaning and he consistently provides a beat you can dance to but perhaps, “killer” was the wrong expression to use as his excessive use of synthetic instrumentation kills the quality of the music he has the potential to create.

One Step Away This one starts off with a very 80’s in the intro. The overall beat and rhythm are actually pretty catchy. There’s also a very nice surprise from the faster dance beat into a short stretch of an almost ballad sound in the vocals while maintaining the underlying beat. The break in the vocals for the instrumental section almost ruins the song with the unnatural computerization of the music.
Opening Night The opening starts you off on an acid trip but the verse comes in well. The rhythm of the lyrics is very odd but the accompanying music flows along with it. It almost sounds as if there is trumpet low in the background which could add some complexity in the song if it had been done right. The major problem is that there’s so much artificiality in the foundation of the song that you lose all quality.

So Cold This one has a very odd intro that doesn’t sound as if it even belongs. It has a nice beat but the artificial effects take you too far back into the 80’s. The ending abruptly stops which was bizarre but appropriate because I was ready for it to end. The lyrics are good but just not good enough to carry the rest of the song into one that can be truly enjoyed.
Save a little place “Save a little place,” starts very smooth and has an amazing segue into the chorus. The vocals are far more consistent and balanced. The high background vocals in the beginning has a beautiful unexpected flare. I think there should be more little pops of that throughout the song but the ongoing background vocals complement the primary vocals very nicely. This song also has a softer beat which seems more suited to the artist. There’s also very graceful piano that is greatly suited to the softness and emotional part of this song which is apparent in the lyrics.

Under your skin Scott A.F. almost has an essence of Prince to it. The background effects are really cheesy. The vocals are enjoyable and there’s good balance and rhythm to the music. The snapping fingers and digital effect are extremely disappointing. There is some catchiness to it but all the artificial effects ruin the song. There’s no real ending to the song and it just stops in a place that doesn’t seem appropriate.

The long and short of it is that Scott A.F. has superior potential in the sound and quality of his voice, as well as, his songwriting ability but his choice of accompanying music violently shoves you into a past that is better forgotten than revived. I would rate Scott A.F. a 5 out of 10. The only reason he didn’t get a lower score is because he has an immense opportunity to do amazing things as an artist if he’s willing to let go of the synthetic unnatural sound and try something with a more genuine presence.

Previous Album Review: Young Guns – Ones and Zeros
Next Bunny Sigler is back with Bundino