Home / Album Reviews / Bunny Sigler is back with Bundino 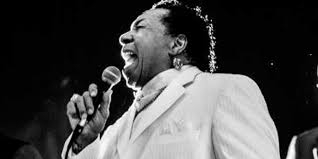 Bunny Sigler is back with Bundino

Legends like Bunny Sigler often come at modern music with a wary eye, as if someone asked them to snatch up a snake from the ground without being bitten. The inherent distrust comes through in half-hearted music and songs that masquerade lack of inspiration with the rage of the moment. Others go all in and vaporize any musical substance in favor of cashing in on some supposed last chance at pop success. Bunny Sigler’s Bundino takes none of those paths. Instead, it’s geared towards redefining Sigler’s past and plotting a path into the future.

Sigler announces his intentions from the outset. A short opening track, “Let’s Start the Show” has a hard-edged attack bringing Sigler together with a rapper and inviting listeners to hear his new songs. It’s an unusual approach, almost painfully self-conscious or theatrical in certain ways, but gives Bundino an unusual “statement of intent”. The album’s second full-length track, “Red or Yellow/Black or White”, has a familiar message of looking past our differences as people in the context of a love song and the echoes of Latin music percolating through the track give it unexpected appeal.

“Buttermilk and Cornbread” has a jaunty, confident strut accentuated by the great horn work. Some of the song’s lyrical references might prove dated for some, but the song’s details give it an added air of authenticity that helps it stand out. “Lavada” takes Sigler into musically familiar territory with spectacular results, but only the suggestion of intimacy in its title saves the track from leaning too heavily again on clichés. “I Don’t Give My Heart” wouldn’t have sounded out of place, with different qualities rising to the fore, on any of Sigler’s releases from the 1960’s or 1970’s, but this mid-tempo confession of male vulnerability gets great treatment from Sigler and proves one of the album’s best songs. The obviously personal “Song for Sig” is another of the album’s best moments. Sigler throws himself into the lyric with deep feeling. His obvious and intended identification with the song’s melancholy gives the album a meaningful, unguarded look at the singer.

“Forgive and Forget” is a final reminder of his R&B skills as a charming crooner. The smooth caress of his vocals only gains more from occasional harmonies later embellishing the track and the songwriting has a tightness that other tracks are missing. The bulk of Bundino has this sort of quality, but its off-target shots never embarrass the artist. Instead, they play like noble failures from a talented, entertaining musical gambler.