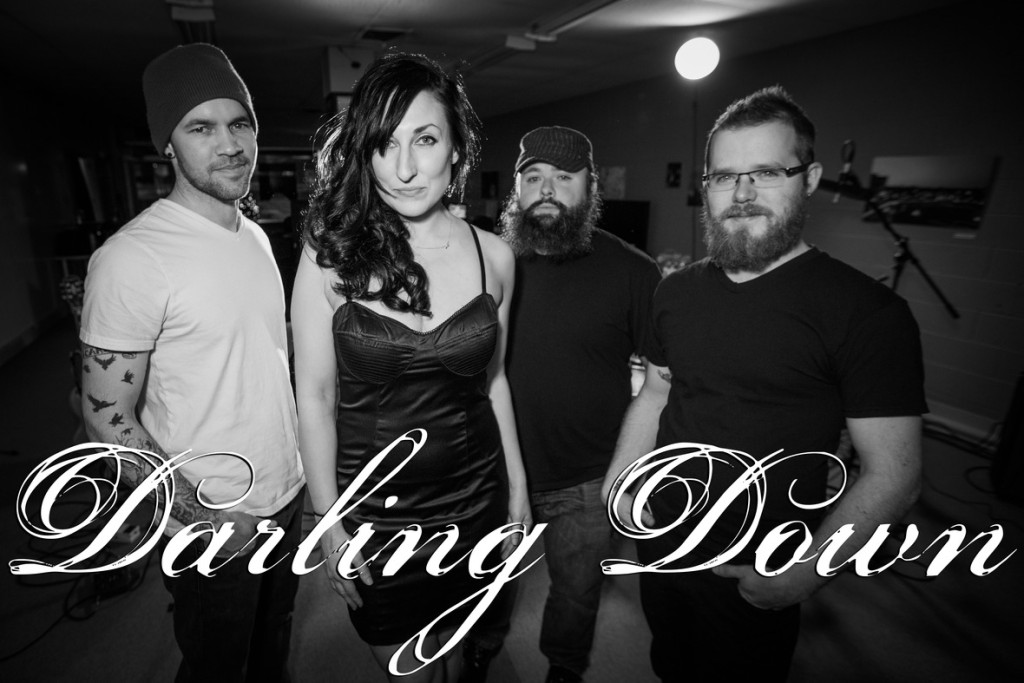 Female fronted Rock band Darling Down have released their “Never Tell” music video. The video was produced by Travis Ross at RipJaw Media and was filmed in the sleepy town of Hillsdale, Michigan. The track comes from their new album Never Tell which features collaborations with accomplished guest musicians including Clint Lowery of Sevendust, Vinnie Dombrowski of Sponge, Stephen Richards of Taproot, and Brett Hestla of Dark New Day. The album is available now through all digital retailers.

The best part of the video is all the gore. We filmed it with inspiration from Eli Roth and Quentin Tarantino. I was surprised to learn how the special effects makeup artist made blood splatter. Let’s just say there was a lot of spitting. – Ryan Hudson (Darling Down)