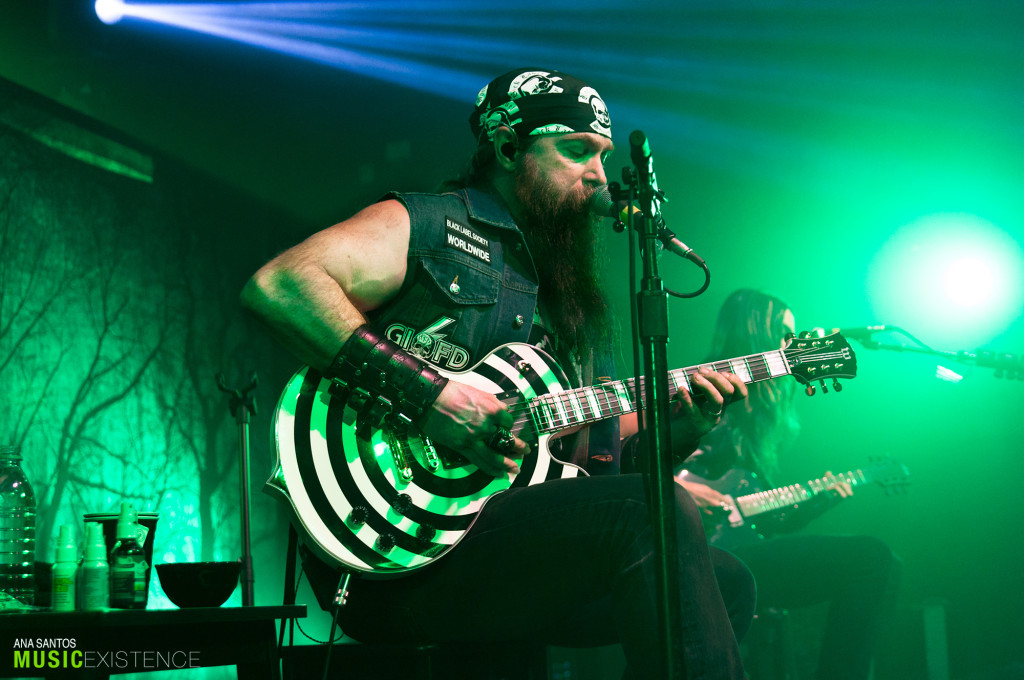 Zakk Wylde and Black Label Society brought Unblackened to NJ’s Starland Ballroom on April 6th, 2015. The unplugged show was originally performed as a special one-night performance in Los Angeles a couple of years ago and is now making its way across the US over the next few weeks.

“I always wanted to take Unblackened on the road, we just didn’t have the time until now. You can take a song that you’ve played thousands of times and rearrange it, and all of a sudden it’s something totally fresh. The attitude of the songs doesn’t change when we play them acoustically – the tunes are gritty regardless,” said Wylde.

BLS promised a different, more intimate kind of show. And while I wouldn’t call Starland Ballroom an generally intimate venue, the simmering performance certainly made it feel that way.Unblackened is a departure from BLS’s usual tours and that’s what makes it so special. Gone is the big stage production; instead of a wall of Marshall cabinets, the band was flanked by backlit silk screens depicting haunting, spidery trees and a swell of atmospheric fog. There’s a subdued, bluesy mood to the performance. The band remained seated through the 16-track setlist, which included tracks off Wylde’s southern rock band Pride & Glory – “Losin’ Your Mind” and “Machine Gun Man”, some tracks off Wylde’s solo album Book of Shadows – “Road Back Home”, “Sold My Soul” and “Throwin’ It All Away”, as well as some of the band’s most popular songs like “In This River”, “Angel of Mercy” and “Scars”.

BLS fans should make it out to one of the upcoming shows on the tour, and even if you’re not a fan – stop in and check it out, you won’t be disappointed.

Check out our photos from the show below.