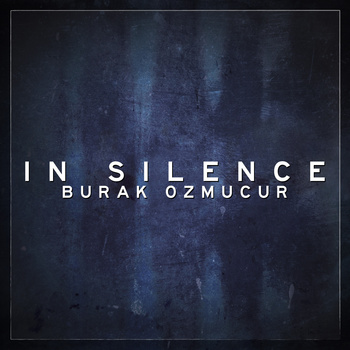 In Silence, the three song EP from solo artist Burak Ozmucur, is a well polished mix of hard rock and metal. It features harmonies reminiscent of grunge icons Alice in Chains and though short in length, the EP gives listeners a great taste of what Ozmucur’s song writing capabilities are. The singer, now residing in New Jersey by way of Turkey, definitely lets his influences shine on this EP. Tributes to Tool, Deftones and even Pink Floyd can be heard on In Silence and it is those bands that helped build the will to be a musician for Ozmucur.

There are many melodic and atmospheric moments in this release and given the small sample size of the EP, it will certainly wet the appetites for fans eager to hear more. The entire album was recorded at Ozmucur’s home and it really doesn’t sound homemade in the least. The production is very fine-tuned and it is apparent he has the chops to be a producer in the business. Being able to record at home gives artists a ton of freedom in their creative process and also gives them all of the time they need to get a project accomplished. The downside to that is that often times it sounds more amateur than anything else which takes away from its value, even if the songs are well written and put together. The value of this EP only increases given its personal touch and it impresses from beginning to end.