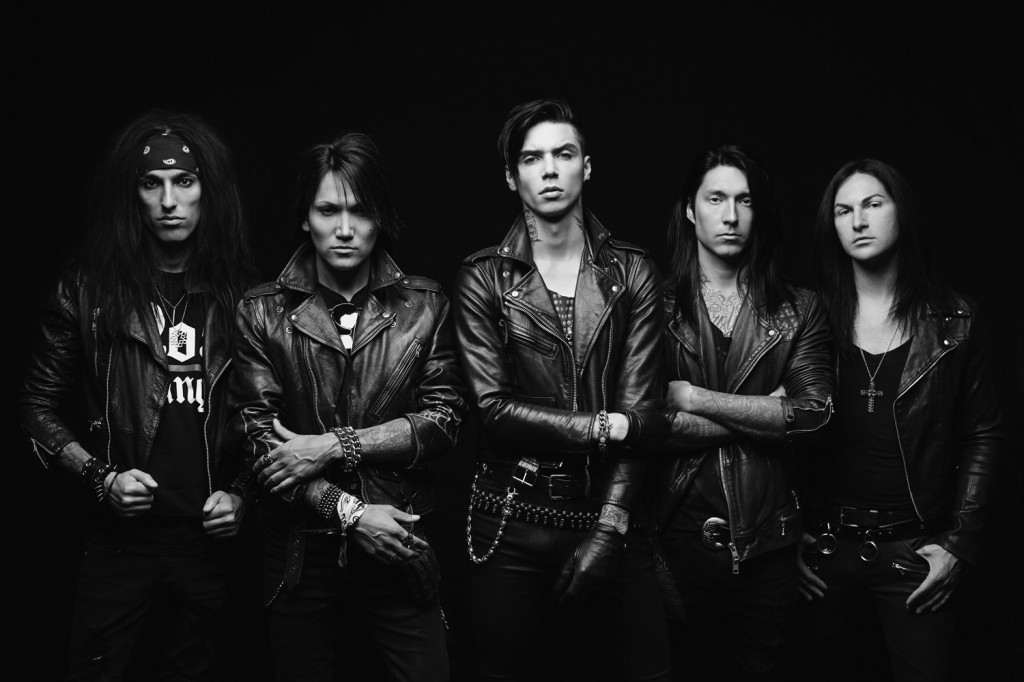 Interview with Black Veil Brides on The Black Mass Tour

Black Veil Brides played to a sold out audience at the Best Buy Theater in Times Square, NYC this past Sunday, November 23, 2014.  I had the opportunity to have a quick chat with the band backstage before the show.

ME:  How was the creative process and production of this album different from previous albums?

CC: I just think there’s a big difference with the producers, there’s different styles of producing. Bob Rock is much more laid back than John Feldmann, and the one before that, we pretty much did never see that producer so we did everything we had to do – it was just all us.  So I just think the styles of producing is the biggest difference on how to approach a record.

ME:  This is your fourth studio release. What was the thought behind making it a self titled album?

AB: I had a bunch of different titles that we bounced around, but none of them seemed good enough as a self titled thing. I think halfway through making the record it just felt right.  Obviously, when bands do a self titled thing, it’s meant to be kind of a statement about how definitive they feel the work is toward the sound they have been working through.  I feel like for us, it’s the closest we’ve ever come to the sound we’ve always wanted.

ME: Is there a specific track you’re particularly proud of on this album?

ME:  There’s been a lot of teasers on social media about the “Goodbye Agony” video, which clearly alludes back to “Coffin.”  Can you say a little about that, or is it something we will see more of in future videos?

AB: No! Because that would ruin the whole story! I can’t tell you shit about that.  What we’ve got here is a 5 year long story, I can’t just give it away right now.  You kidding me? Been building that shit for so long.

ME:  Andy, this one’s actually for you – can you give us any updates on the Andy Black project?

AB: I’m gonna make an Andy Black record next year, when we have some time.  But other than that, this is really my priority.

The band will be on The Black Mass Tour with Falling in Reverse, Set it Off and Drama Club until December 15, 2014.  Check the website for info: http://www.blackveilbrides.net

Check out our photo gallery from Black Veil Brides’ show at the Best Buy Theater in NYC on Nov 23, ’14.