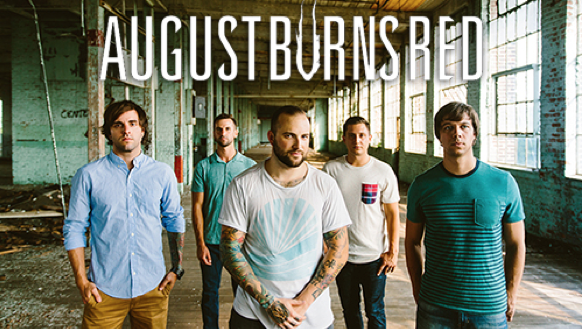 Lancaster, PA’s August Burns Red is proud announce their US headline tour for early 2015. Presented by Rockstar Energy Drink, “The Frozen Flame Tour” features support from Miss May I, Northlane, & ERRA, set to launch on January 22nd in Baltimore, MD at Baltimore Soundstage. Scroll down for full tour routing and check out the tour trailer below.

VIP pre-sale tickets are available today at Show Stubs, and General Admission tickets will go on sale next Friday, October 31st at 10AM (local time).

This week, August Burns Red was announced as part of the line-up on Punk Goes Pop Vol. 6 with their cover of “Wrecking Ball” (originally performed by Miley Cyrus). The compilation is set to release on November 17th and is available for pre-order at PunkGoes.com. August Burns Red will head into the studio later this year to record their new album, set to release in 2015.

Stephen Vicino is the founder of MusicExistence.com. He created this site to give talented musicians a voice and a way to be discovered.
@@svicino
Previous Hip Hop Artist Souleye Announces new music for 2015
Next Ballyhoo! Release New EP, “The Cool Down: Vol 1” Today!