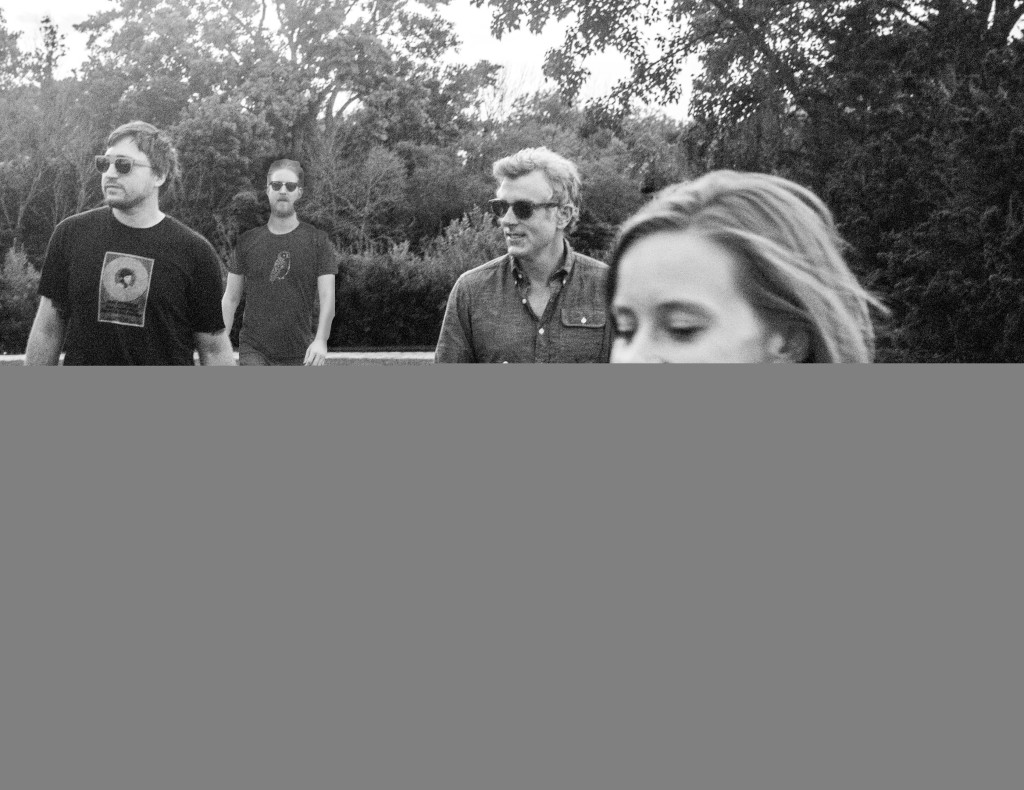 Chicago-based noise-pop band Forgotten Species wouldn’t be a band without modern-day bootlegging, a classical metal band and a Ouija board.

Forgotten Species started, as most bands do, as bar talk. Drummer Matt Zemburski and bassist Lizz Kannenberg were bartending at the bar owned by keyboardist Chris Nixon when they met singer and guitarist Blake Smith, who frequented the bar for its “house” beer, an unnamed farmhouse ale smuggled over the border from Wisconsin and served from a conspicuous antler tap handle. In addition to good beer the foursome soon discovered a shared history playing music – Smith in major label acts Fig Dish and Caviar, Nixon in Sono, Zemburski in quirky Chicago trio Eiffel Tower and Kannenberg in bedroom pop group Grammar.

“What we first noticed about Blake was that he loved our house beer and hated every DJ we had in the bar,” says Zemburski. “He would start sending shots to the DJ until the poor dude was too drunk to operate the turntables. Then he’d hide the guy’s box of chillwave 7”s and put on the copy of The Jesus & Mary Chain’s You’re Living All Over Me he carried everywhere. I can’t say we didn’t appreciate it from time to time.”

Five years later the band is set to release Hades Fades, their debut EP of noisey, guitar-driven power-pop. The five-track EP will be released on November 18th via Long Nights Impossible Odds both digitally and limited edition 12″ vinyl.

But it took a few exceptional instances to get to this point. Bar talk about starting a band didn’t actually become Forgotten Species until a classical black metal outfit they sometimes drank with asked if they wanted to share a practice space. Despite the illustrations of dark rituals and incantations scrawled on the walls, they wiped the years of filth from their gear and moved in.

“The bar stopped serving the house beer and the DJs started playing Dinosaur Jr.’s Darklands more often, so we took it as a sign that it was time to occupy ourselves a little differently,” says Smith. “We took went to look at the practice space and found a 4-foot-high pentagram with “PORK: LA OTRA CARNE BLANCA” scribbled above it, and we knew we’d found our home.”

The prevailing styles of sparkling electro-pop and the “hey! ho!” folk-rock of art school students dressed like civil war buffs felt rather wan and gutless to this foursome, so instead they busied themselves with seeing how many fuzz and delay pedals they could string together without blowing their amps. They molded and formed in this shared, strange preference for sophomore albums over seminal debuts and mutual abhorrence of bands that whistle.

From the riot of cables and tortured signal chains, melodies bloomed in the gloom. From squawk and clang came ragged pop. Before their first show, they set up a wax splattered Ouija Board they found behind the beer fridge in the practice space and implored those from the other realm to name them. Those from the other realm ignored them, so they decided to call themselves Forgotten Species.

In celebration of the upcoming release, Forgotten Species will be performing in select cities in the Midwest.

Stephen Vicino is the founder of MusicExistence.com. He created this site to give talented musicians a voice and a way to be discovered.
@@svicino
Previous Carolinas In The Grinders Vol. 10
Next SCAR SYMMETRY: The Singularity (Phase I – Neohumanity) is Out Now!