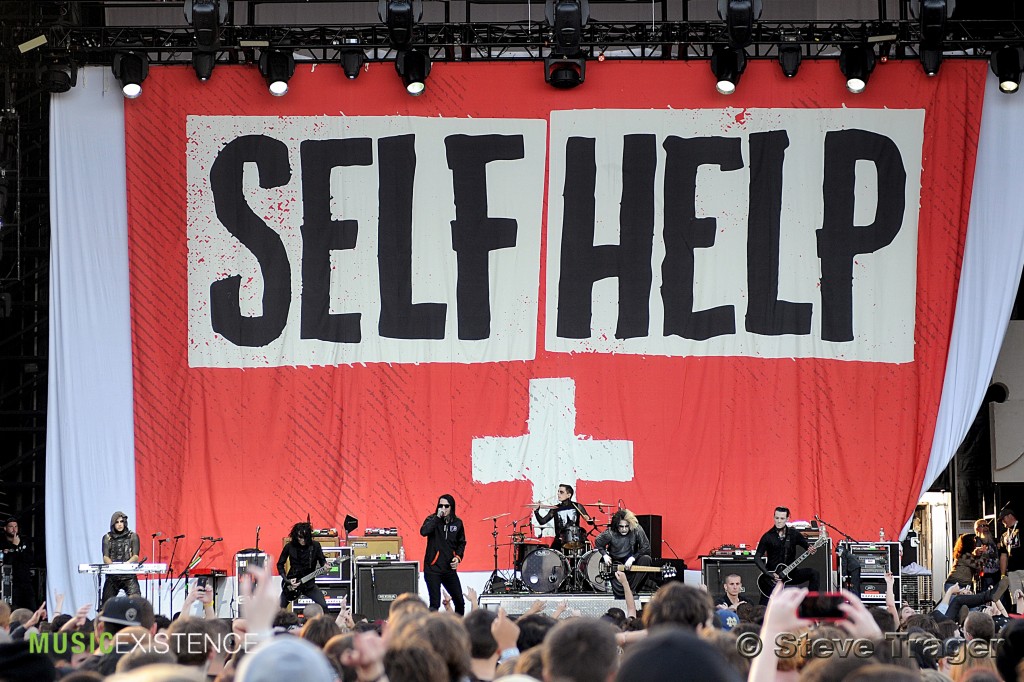 It has certainly been a great summer for countless shows and while the weather is still seemingly picture perfect for the start of fall, there was no better way to break the ice with a stellar outdoor festival called Self Help 2014. There was no better way than to spend a great Saturday mid-day afternoon with more than 5,000 plus fans crammed in front of two stages worth of music with 10 great bands. Self Help festival reminded me of a mini vans warped tour as many of the featured bands that shared the stages recently have graced the touring cycle of VWT. What made this show a tremendous success in a sell out so quick is pretty much a simple equation certain key bands have die-hard fans that will go to great lengths to see and support their beloved rock bands.

Even before the show had gotten underway, the parking lots were maxed out within a five block radius; the lines to get in were stretched deep across the sidewalks as fans were eager to rush the stages with some fans waiting in line for over two solid hours while the lines were briskly moving the first band already started to kick things off on the second stage Gnarwolves performing a great set as I could hear outside the box office waiting for a guest list mix communication to be resolved. Like any big show getting photo clearance sometimes becomes a nightmare but in the end is all worth the wait even if it means you miss a few bands which happened with no control. Time goes by rather quick so did the bands Chiodos and Cruel Hand who sounded great outside the venue.

What made this entire show special is the fact that it featured three Pennsylvania based popular bands August Burns Red, The Wonder Years, and Motionless in White. Nothing makes Philly fans more stoked with local pride on a larger than life rock scale in front of thousands sporting Flyers and Eagles attire during such performances.

Many of the popular bands at Self Help really stood out in the Extreme rock genre’s Empire The Crown on the second stage seems to be much like a deeper edged Linkin Park complete with two vocalists shredding the second stage in the early part of the afternoon. Pennsylvania’s own August Burns Red fired op the second stage with their mixture of rock anthems that have become a staple in their shows all these years. After seeing them a few times here in Philly and during the Vans Warped Tour, it’s truly special to see some great talent at a great outdoor stage as a headliner even if it was just for forty-five minutes but a solid show at that.

Moving from stage to stage to catch bits and pieces of the entire day was no easy task, sometimes the lines moving at a slow pace, made you feel like you were stuck in a traffic jam with rock fans all fired up on the interstate during rush hour.

The main stage captured the hearts of many with some stellar performances of Scranton’s own six piece extreme rock weapon Motionless In White, sometimes falling out of loop with popular generation bands like this, makes you feel like you have been missing out on a great band for years. While Motionless In White were one of many key featured bands on this years’ Vans Warped, it made it even more special like a double home coming celebration tradition for this band who sounded absolutely amazing live. Motionless In White pulled out all the fan favorites that including some new material.

Circle pits come like a dime of a dozen at these shows, but certain bands can really get fans all wacked and the crowd surfing begins to peak at a point that it becomes uncontrollable and the entire general admission area becomes a lit fire burning out of control. Motionless In White gives you that extreme metal type of attitude self-branded with Goth mixed in. as a band from the back yards of Pennsylvania who, have been around for years, they have truly matured as musicians and have earned some credentials along the way even if most of these bands will never have the light of day on commercial rock radio.

Other great performances were Bring Me The Horizon, hailing from Sheffield UK bring their finest metal core performance to date as a co headliner at the first ever Self Help northeastern market festival. At one point during show vocalist Oliver Sykes kept shouting are you with me Philly… I want to see the biggest circle pits we have ever seen…. Then cursed at the fans saying you’re a bunch of pussies……. C’mon’ Philly let me see you move for me…… nothing like putting fuel into the fire or in most cases encourages a massive landslide of moshers in a fit of rage during a solid show. It’s not often that Bring Me The Horizon performs in Philly maybe a handful of times over the course of a year or so; they still bring the heat, bring the extreme rock, and bring the great live show that Bring Me The Horizon can deliver live.

Closing out the Self Help Festival was A Day to Remember another great band as the main artist capping out a fun filled day of music and live atmosphere excitement at Penn’s Landing in Philly. Not being familiar with them as a fan of large scale bands hailing from Ocala Florida, a five piece of American rock and roll branded style band who stole the fans by storm. They do have a hard core fan base as many proudly showcased their band gear loud and proud.

Despite of the weather change over from hot sweaty mid-day to a drastic drop in temps that fell a quick 20 degrees, nothing stops a rock fan from having the greatest time ever even if felt like a brisk chill of fall like winter with a hammering wind swirling around the entire venue shaking up the Delaware still the First ever Self Help festival was a success with ten great popular bands and a packed concert venue making it a great day for music in Philly.

Bands like Motionless In White, August Burns Red, and The Wonder Years make Pennsylvania rockers stand proud and obviously draw attention rather quick of being nothing short of great live as many seen this year at Self Help Festival 2014.

The Story So Far

Bring Me The Horizon 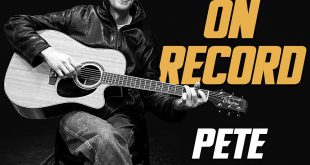