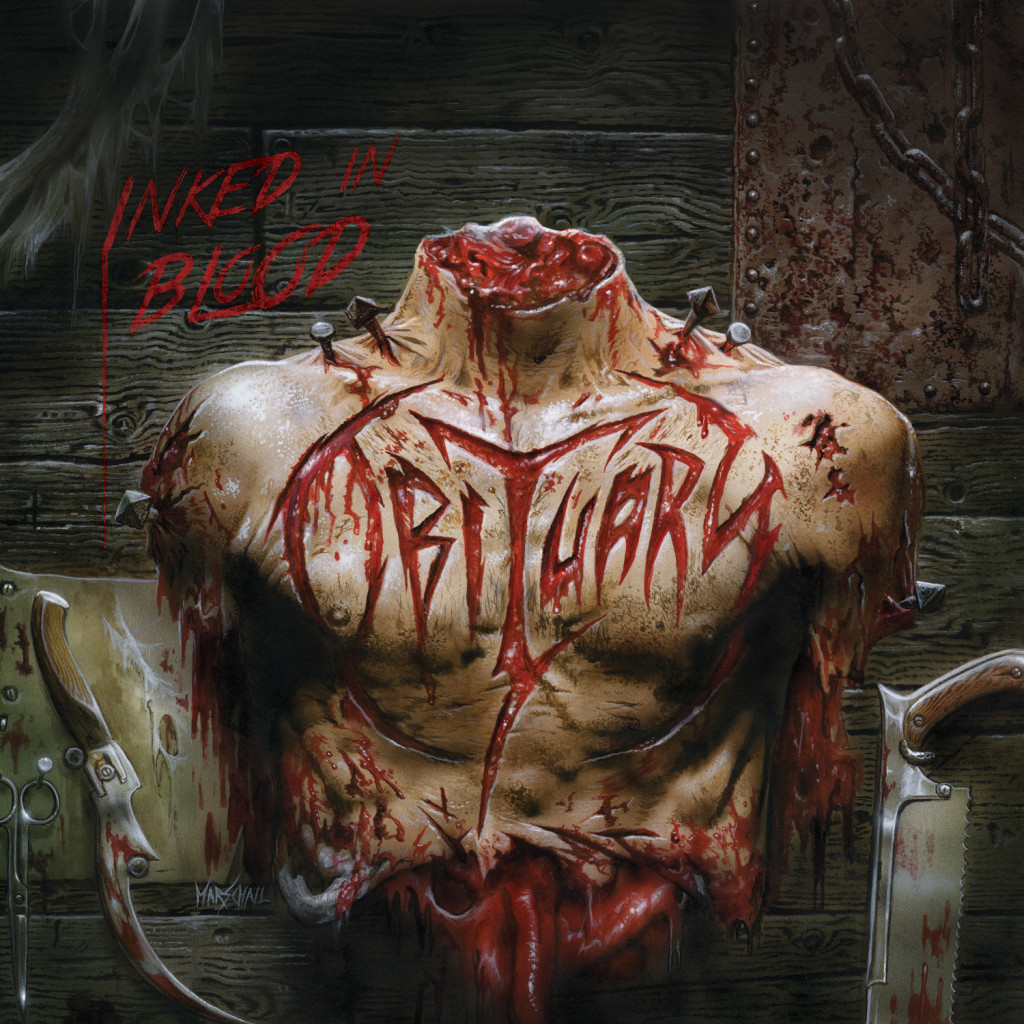 Death metal legends OBITUARY make their Relapse debut with Inked In Blood, their 9th full length LP. Inked in Blood will be released October 27th in North America/UK/World and Germany/Benelux/Finland on October 24th via Relapse Records. Almost three decades in, Inked In Blood stands out as one of the finest moments in OBITUARY‘s already godlike discography.

Additionally, Guitar World is giving away an autographed ESP guitar signed by the entire band at this location.  OBITUARY have also partnered with Metal Injection for a vocal cover contest for the song “Violence”.  Details can be seen HERE.

Inked in Blood is available for pre-order from Relapse Records HERE and via iTunes HERE.  The album will be released on CD/Deluxe CD/2xLP/Digital/Deluxe Digital.  The limited edition, one time press deluxe CD includes two exclusive bonus songs and is packaged in a 3D embossed digipak along with a die-cut album cover sticker.   The bonus songs, available on the deluxe CD and digital verisons, are two classic tracks (“Intoxicated” and “Bloodsoaked”), from Slowly We Rot, re-recorded this year live out of Morrisound Studios in Tampa, FL and engineered by legendary death metal producer Jim Morris. A special vinyl color will be available exclusively via each of the following means: North American Indie Stores, Florida record stores, Relapse.com and for Kickstarter backers.

In support of their new album the band will be touring extensively through North America and Europe throughout 2014 and 2015.  They kick off their first leg of US dates with Carcass and Exhumed on October 28th followed by a North American run with Death (DTA) and Massacre from November 14th through December 7th.  Then the band heads to Europe for a two week headlining tour in January.  A complete list of dates is available below.

Stephen Vicino is the founder of MusicExistence.com. He created this site to give talented musicians a voice and a way to be discovered.
@@svicino
Previous SLIMM BODY, “BAGGIES & RUBBERBANDS”
Next Self Help Fest | Northeast Edition | October 4, 2014 | Philadelphia, PA 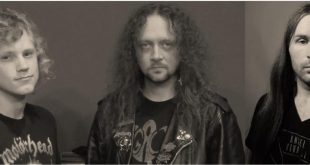 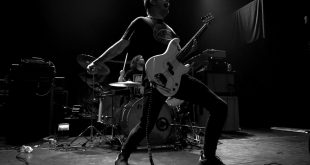