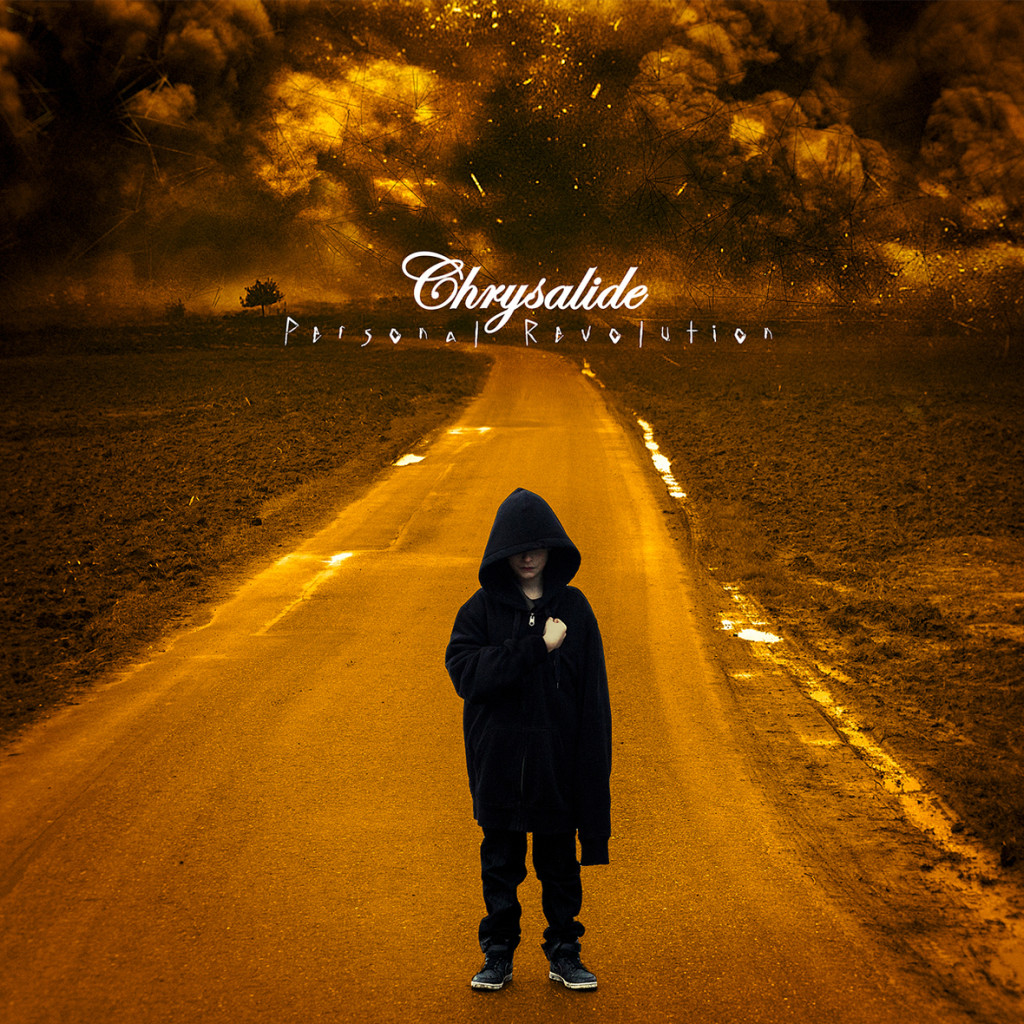 French Industrial trio CHRYSALIDE have released the debut track off of their much anticipated “Personal Revolution” album, out October 14, 2014 on Dependent.

“Ladies and gentlemen, welcome to the 21st century, the century of all crisis: political, moral, economical, ecological and individual. It is now 14 years old, but it is already old and dying. As never before, the world has access to so much knowledge, and in the same time, as never before, the world knows so much mediocrity.To sum up: This world is totally fucked up.”

In literature, the Cyberpunk-genre began in the early 1980s; in music, it was in 2003 when the hybrid project of French brothers Arco and Syco Trauma was born.

Chapter one: The larva crawls.

After the foundation of Audiotrauma in 2002, a Strasbourg-based organisation and underground label dedicated to the digital and corrosive cultures, the brothers joined forces in CHRYSALIDE.

The project’s name, meaning chrysalis in English, originates from Greek and literally means “gold”, since butterflies often have a brighter pupa than other insects. The pupal stage follows the larval stage.

Metaphorically speaking, the word stands for the human race: We are all but worms, but within each of us hides a butterfly – which we all can become if apathy does not kill us beforehand.
Firmly rooted in dark, violent and passionate electronic music, the brothers’ project quicky grew into a creature engrossed in perpetual mutation without limits.

CHRYSALIDE’s first record , the “LOST EP”, was released in 2005 on Audiotrauma and was fittingly named in hindsight, as it is, at present, literally untraceable.
The duo addressed their preferred topics of dystopia, the devastation of consumer society, alienation and dependence within the context of new technologies as well as the quest for self in a branched-out, complex world under stark horizons.

Stephen Vicino is the founder of MusicExistence.com. He created this site to give talented musicians a voice and a way to be discovered.
@@svicino
Previous FRONT PORCH STEP WILL JOIN THE MADDEN BROTHERS ON FALL TOUR
Next Whitecliff release debut single ‘Everybody Knows’