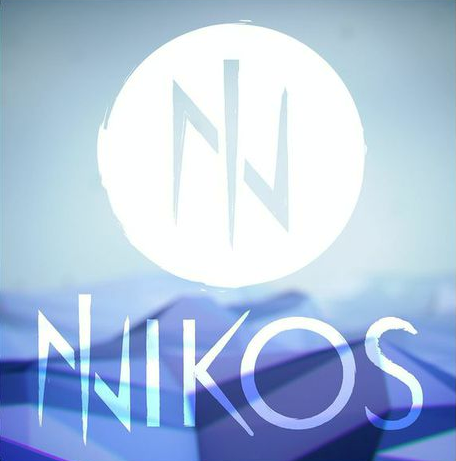 The band recently premiered their new lyric video for “The Chase,” the first single off the EP, above.

The frontman of up-and-coming pop-rock act NIKOS, Nikos Klimentos teamed up with friend and bassist Jeff Motekaitis, to begin their new project. The two had known each other for years, as they toured together in the late 2000s when both were in moderately successful bands on the Warped Tour circuit. They hadn’t spoken in years before Motekaitis heard his old tour-mate’s demos-songs that weren’t ever planned to see the light of day-and insisted to Klimentos that they needed to get these songs out there, that it was time to get the ball rolling on something real.

“It was a perfect situation to team up with Jeff,” Klimentos said. “He’s got years of experience on the business side of the industry now, working with a management company and all sorts of things, and I’ve got all these ideas for new songs.” Motekaitis adds: “Together we thought it would work out really well and it has so far. We want to see how far we can take this thing.”

NIKOS rounded out its lineup with guitarist Matt Beach and drummer Mark Recca, and the Jersey Shore act trekked down to Orlando, FL to record a six-song EP with producer Brooks Paschal (There For Tomorrow, VersaEmerge). They came back home with a fun, catchy release that will kick-start an exciting career for the band.

Out on October 21, 2014, NIKOS is recommended for fans of feel-good pop-rock, but it’s a little more complex than that. Imagine if MUSE had a counterpart that could fit on the Warped Tour, with the pure-sounding vocals of Relient K’s Matthew Thiessen or 30 Seconds To Mars’ Jared Leto, and you’ve got a starting reference for NIKOS’ sound. The end-point once you listen to this EP, though, is simple: NIKOS is starting something special.

NIKOS is currently on the road with the

Stephen Vicino is the founder of MusicExistence.com. He created this site to give talented musicians a voice and a way to be discovered.
@@svicino
Previous EMILY WOLFE To Release New EP, “Roulette” on Oct. 7th
Next Sleepy Kitty ‘HOLD YR GROUND