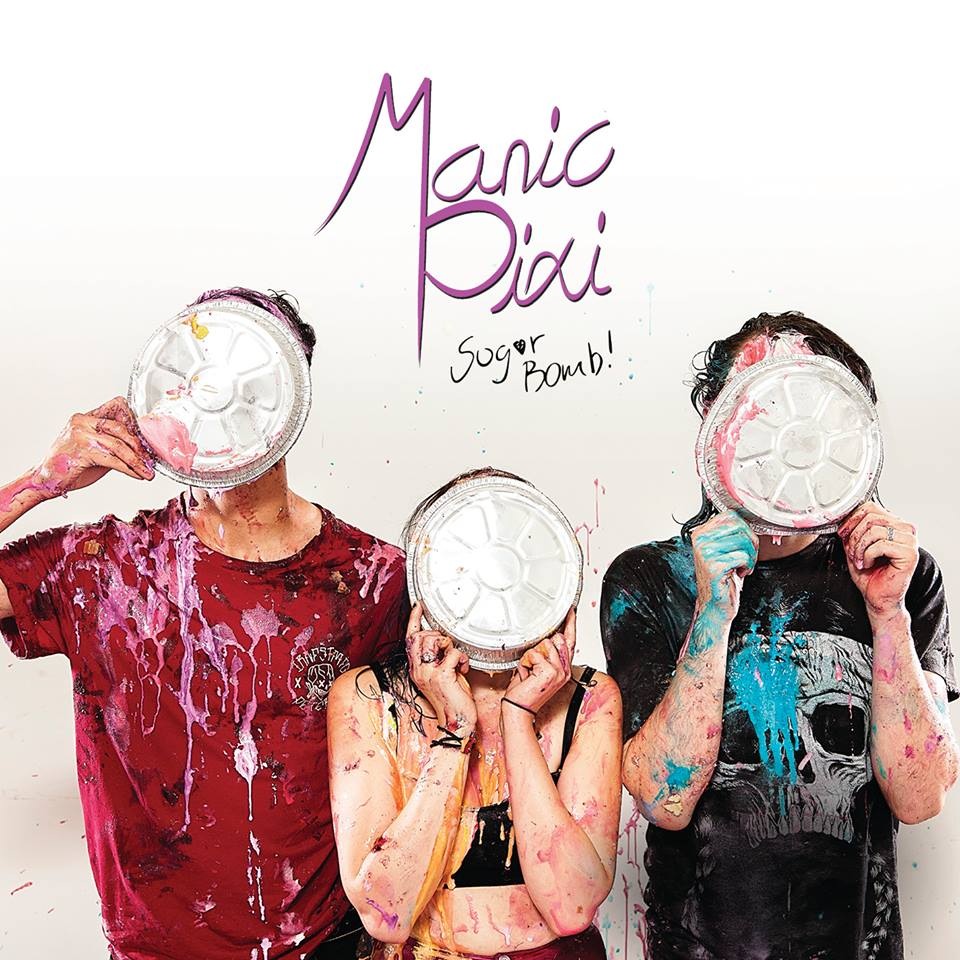 Manic Pixi are a LGBT-friendly band full of ceaseless energy and playful antics. Their first album Sugar Bomb! covers a range of topics and versatile styles, from punchy-pop singles like “Kiss Me” to soulful, ballad-like songs such as “Blue Wine”. Drummer Emmett Ceglia comments, “Blue Wine is probably the most different song on the record. Its drumbeat in the verse is a blast and a challenge to play. The climax at the end is unbeatable.”

Manic Pixi’s Sugar Bomb! is now available for purchase at Manicpixi.bandcamp.com. They will be celebrating with a weekend of record release shows that include 9/20 in Boston, MA at The Middle East and 9/21 in Brooklyn, NY at The Silent Barn!

Manic Pixi’s Sugar Bomb! was produced by Giuliano D’Orazio, Joe Ulmer, Josh Nachbar, Emmett Ceglia, Kat Hamilton, Eric Thorfinnson and engineered by Joe Ulmer, Giuliano D’Orazio, Eric Thorfinnson, CJ Cochran and Emmett Ceglia. It was mixed and mastered by CJ Cochran of Outline in Color. All music and lyrics by Kat Hamilton and arrangements by Manic Pixi with the exception of “Hangover” which was written by Kat Hamilton and April Bender.

Manic Pixi is the pop-grunge brainchild of Lead singer, Kat Hamilton and Drummer, Emmett Ceglia. The two met at Berklee College of Music, performing as Slam poets. After a year of high-energy performances on the Boston circuit, Manic Pixi relocated to Brooklyn, New York. Since the bands first show in 2012, they have rotated through many lineups. The band currently performs as a four piece with the addition of guitarist Marshall Biever, and current bassist Drew Bastian.

Manic Pixi has a ballsy, genre bending sound all their own. They have been described as Hole mixed with Green Day, No Doubt, Letters to Cleo and Paramore. In December 2013 they released their first single, “Hangover” which garnered public acclaim, and followed by their second single “Kiss Me” in March 2014.

Stephen Vicino is the founder of MusicExistence.com. He created this site to give talented musicians a voice and a way to be discovered.
@@svicino
Previous Black Label Society Announce Tour Dates w. Hatebreed
Next DEATH FROM ABOVE 1979 CREATED CUSTOM-MADE DENIM JACKETS