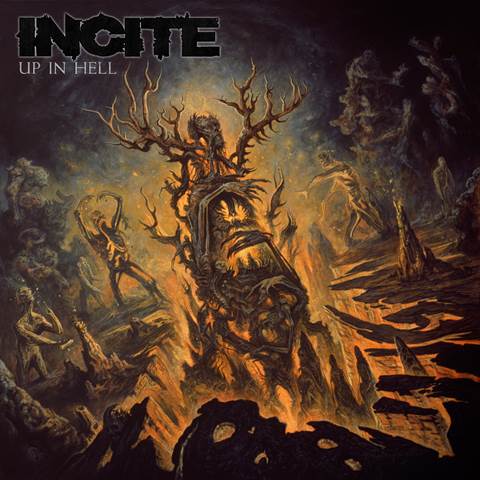 Front man Richie Cavalera says, “Working with Robert was awesome. The man has a twisted and very dark vision. He knocked this one out of the park, couldn’t have asked for a better director or video. Enjoy ‘Fallen’.”

You can download your copy of Up In Hell now via iTunes or Amazon.

Up In Hell was produced at Hideaway Studios by Matt Hyde (Deftones, Slayer, Hatebreed, Parkway Drive), who is also responsible for the recording, mixing and mastering of the record. Production assistance was provided by Thomas Bellier and Jon Nicholson of Drum Fetish is credited as drum technician on the album.

Over the years, INCITE has toured alongside the likes of Dillinger Escape Plan, Soulfly, Throwdown, Cavalera Conspiracy, and more. Moreover, they’ve been praised by everybody from Kerrang! and Revolver to ARTISTdirect. In addition, INCITE has reached Top-40-status on Sirius Metal Charts with tracks like ‘Army of Darkness’ and the Devil’s Dozen on Liquid Metal with ‘The Aftermath’. Revolver also named 2012’s All Out War its “Album of the Week” upon release.

Stephen Vicino is the founder of MusicExistence.com. He created this site to give talented musicians a voice and a way to be discovered.
@@svicino
Previous Slipknot Show off New Masks in New Devil In I Music Video
Next He Is Legend to Support Snot on Reunion Tour