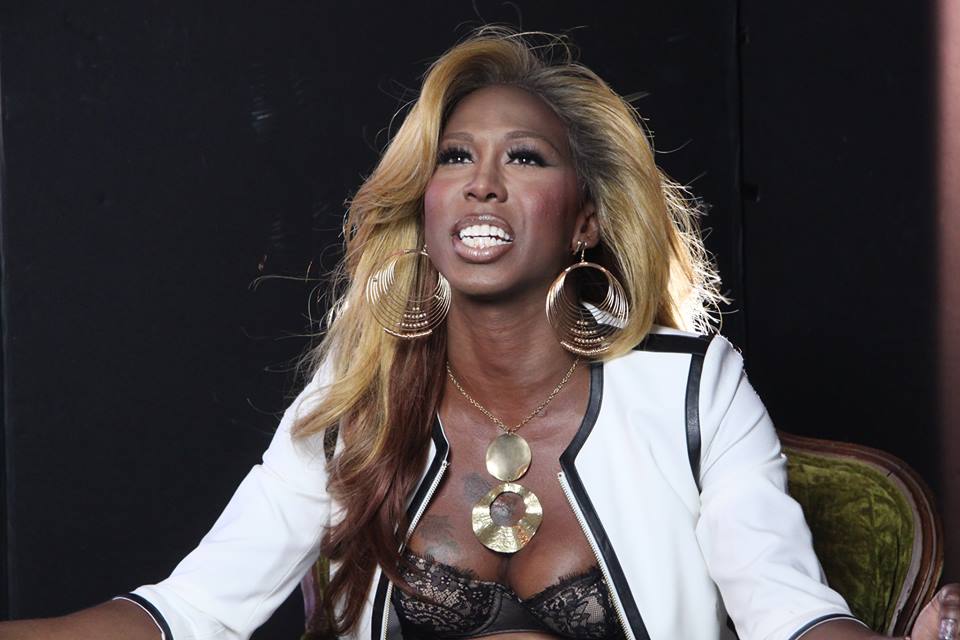 Foxxjazell is a 5’10 caramel skinned hip-pop entertainer that just so happens to be transgender.

In June 2010 she headlined her first televised concert titled “The Boy-girl Homo-evolution show” in San Francisco,CA at the El rio. The concert was an official SF Pride event and was well received.

On May 21, 2011 Foxxjazell gave a 45 minute concert at Long Beach Pride which was sponsored by LA’s Kday 93.5 radio station. Two days later she performed at the 7th annual Outmusic Awards & was nominated for Outstanding hip-hop song of the year for “Ride or die boy”(Pride remix). The award show will be airing on MTV and LOGO.

In the spring of 2013, Foxxjazell returned to the music scene with her third album titled “Elevation” with the lead single “Sickening”. The music video for “Sickening” generated over 50,000 views in just hours after it’s debut on youtube. Later on she would release her final & last single from “Elevation” which was titled “Mama love me”. Foxxjazelll went on the Da Doo Dirty radio show and quoted she was taking a break from music and concentrating on her new youtube talk show gig “T-time with the gurlz”.

Stephen Vicino is the founder of MusicExistence.com. He created this site to give talented musicians a voice and a way to be discovered.
@@svicino
Previous LIGHTS TO PERFORM AT HARD ROCK CAFÉ NEW YORK IN TIMES SQUARE ON SEPTEMBER 30TH AS ARTIST AMBASSADOR FOR HARD ROCK’S PINKTOBER® CAMPAIGN
Next Emperor Yes to release Jeremy Warmsley produced debut ‘An Island Called Earth’