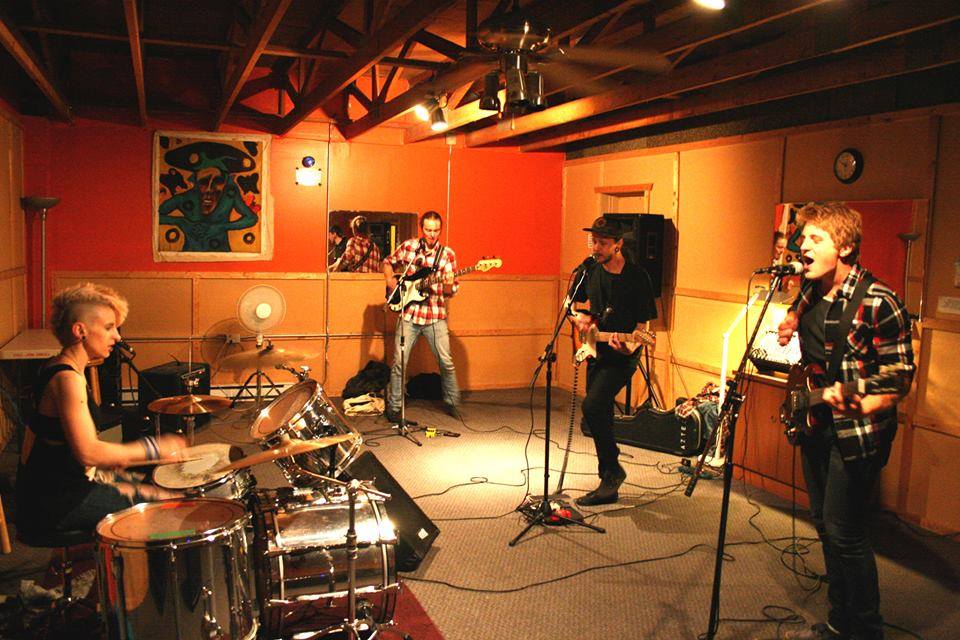 Interview with Kyle from Aztec

How does the song writing process work for you guys? Pretty much i’ll write a progression with some lyrics acoustically, then when we get to rehearsal we’ll build it up.

How did your newest EP “Stitches” come to be? We had been playing a bunch of shows and touring around a bit for a while, so we decided it was a good time to get something out for people to listen to.

What was it like working on this album with Nathan Hussey of All Get Out? It was great, he’s a good guy for sure. Really help us as a band fine tune some things, and helped me alot with writing and structuring the songs in a more concise way.

Where is the craziest place you guys have played? hmmm, we played a cool stripped down show in Tofinio BC, its a small surf town on the west coast of vancouver island. It was a new years eve party, the venue was right on the ocean, lots of cool people, it was nice.

How often do you guys tour/play shows? Quite often, during the recording process of the EP we stayed close to home tho. will be back on the road in full swing later this summer/fall.

What’s next in store for you guys? Touring and writing for the next record. We’ll be writing 15-20 tracks and putting 10 on a LP, likey start production on that later this year at some point.

Natives to Canadian soil & residents of the road. AZTEC is a motivated band of friends formed with a “play anywhere for anyone” mentality, adapted from many other great ‘indie’ bands before. AZTEC’s performance is a intense emotional display fueled by time spent crammed in a van & the efforts demanded of today’s determined ‘indie band’.

They sound unlike the many Surf Rock/Americana bands that go hand in hand with coastal living. In one moment AZTEC is softly taking you through biographical story’s of success and stride accompanied by the clean resonance of Kyle’s guitar and steady hammer of the drums. Then in the next moment like a stray locomotive barreling down loose tracks, they are screaming tales of loss, disputes with loved ones and story’s of the lifestyle and sacrifice that goes along with being in a ambitious touring band. Backed by the over-driven growl of Saul’s guitar and there high energy “leave it on the stage” style performance, AZTEC is clearly a band that will be forging a name in the future indie scene.

Tags All Get Out Aztec Interview Nathan Hussey Stitces

Stephen Vicino is the founder of MusicExistence.com. He created this site to give talented musicians a voice and a way to be discovered.
@@svicino
Previous Artist To Watch: Tone Benjaminz
Next Blue Stahli – “Ready Aim Fire”

Dirty White Shoes is a Portland, Oregon-based project led by Angel Ascencio. Debuting with the …