Is there a place for love at concerts? 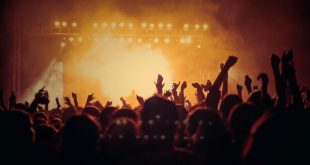 Festivals and concerts have always been a place where hundreds and thousands of people experience unique emotions. And of course, many people prefer to attend such events together with their partner. Let’s find out if it is possible to turn the performance of your favorite performer into a date with … 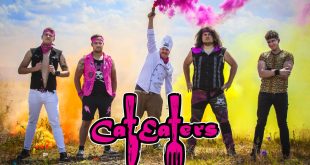 CatEaters are an up and coming independent band who are originally from West Germany and were founded back in 2014. Although the band takes creative influence from the likes of Turbonegro, Gluecifer, Hellacopters , Backyard Babies, blink-182, Ramones and Motörhead, CatEaters amalgamate a variety of stylistic elements from multiple genres …

Denver, CO based The BRKN is Jacob Cade-guitar and vocals, Mike Bokenkamp-drums, and MJ Younkers-guitar. Taking a different approach from their 2019 debut release No. 3, The BRKN steps away from their original brand of pop-punk and delivers the follow-up to their song and video for “Be Cool” and continues …

When a couple of musicians become entangled in a romance, they’re called a musical duet. It’s a fun play on words about making music together, but it also involves thinking about how they riff off one another and become great partners. We’re going to show you three very good reasons …

Purely the real stars shine the brightest elevating high in the sky, a well-known idiom and a beating truth. Such manifestations of charismatic stars are tough to find but lucky for you as we have already done the job and found a star which is one of a kind while …

New artist Taouil brings you to your knees with his new single ‘Bleed’. The 2020 release shows the talent of the singer and his band with their ability to bring out their own style in a genre so well-known. The heavy synth and electric guitar riff let you know exactly …

THE EMERGING JEWISH-MEXICAN AMERICAN ARTIST JESAIAH PREMIERES RÓMPELA Y CALLA Ft. JASON DEMONSTRATING HER OWN IDENTITY FROM AMERICAN IDOL TO THE SEARCH OF HER OWN MUSICAL IDENTITY

Jesaiah Ellice Baer, known as “Jesaiah”, releases today “Rómpela y Calla”, the first single off her upcoming album in which she demonstrates the musical identity she has been searching for since her first audition in front of the famous judges of the American Idol series at the age of 16, …

Bizarre is XVT Bombi’s infectious debut mixtape and is an amalgamation of sounds and ideas that Bombi has cultivated within the past 3 years of him becoming a new act. Each song shows the energy and charisma that makes Bombi the artist that he is. With production from a few …

While protest songs never went away, a worldwide awakening has created a need for more voices to rise, enter The Johnson Party a musical collective based out of the mountain ski town of Truckee, CA. At the height of the 2020 global pandemic and social unrest, while millions of people … 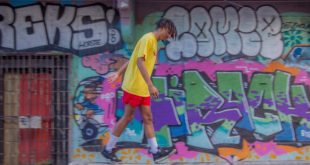 Born in Sasebo, Japan, raised in Jacksonville, Florida, Shelton R. Jackson III, aka BankrollSHELL stands out amongst a new generation of artists. Displaying his creative ability as early on as eight years old, the artist found comfort and solace in expressing himself through writing. His writing led to the pathway …