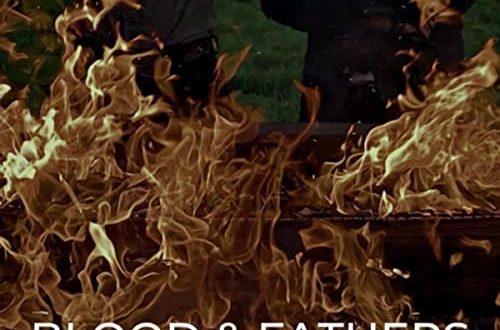 Mannie T’Chawi and Shane Palko present quite a weighty message in their new single “Fathers;” they sound very assertive and sure of the meaning, and while the subject of race is hard for many to discuss, the dialogue created in this fascinating new spoken word piece is provocative, heartfelt, and impossible to ignore. From the structure of the track’s backdrop to the fluidity of the spoken verses, there’s scarcely a moment in “Fathers” in which T’Chawi and Palko aren’t so affective that their emotion becomes rather infectious, and although they steer clear of excesses common in contemporary spoken word, they aren’t afraid to get ambitious with the concept here at all. They’ve got the chops and the charisma, and that’s putting it quite mildly.

The video for “Fathers” is, in my estimation, deliberately contrasting and designed to make us think of numerous themes at once, specifically within postmodern poetry. There’s a powerful bend to the images, and it’s skewed with a chill-inducing angst that speaks to the rebellion of a generation that hasn’t been able to voice its disconnect with the modern narrative without running into increasingly commercial elements. I like the format being played with, and would even say it’s more complete than it needed to be to make sense with fans on a mass scale.

I like the crisp feel of the spoken word parts here, and while everything else is descending into minimalism, the verse remains a steady beacon of boldness in the eye of a muted storm. There’s a lot to be said about what a good voice can do for a track of this persuasion, and to some degree, I do think that T’Chawi has the right linguistic edge to create a unique message through this music. This player has got a very impactful voice, and neither he nor Palkso is forcing the chemistry in this single or its music video at all.

While I’ve admittedly been highly critical of simpler works in this style in the past, I think the surreal element here works pretty well for the construction of “Fathers” and would like to see other artists in this genre try exploiting it in a similar way themselves. With these two coming at us with as much strength as they can muster from within the recording studio, there wasn’t any need to get sludgy with the poetic tones here; if anything, it probably would have gotten in the way of the other components in the song.

Those who need a stronger dose of poetic might this winter don’t need to look any further for a good example of craftsmanship than within the few minutes “Fathers” lasts. Mannie T’Chawi and Shane Palko are entering the American underground at what feels like one of the most competitive times that a duo can be coming together, but they’re not sounding intimidated by the road ahead of them here. They’re ready for whatever comes their way, and after listening to “Fathers,” I think a lot of people will be paying attention to their future.