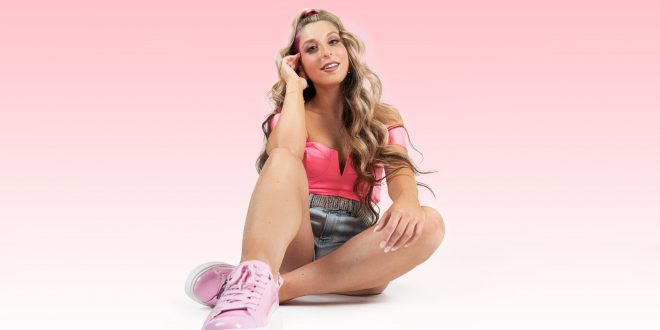 Ariel Rose is a Miami based artist with many strings to her bow. Influenced by many genres, ranging from pop to salsa and everything in between, she wants to create music that cuts above the noise and stands out from the ever growing crowd. Honing on her South Florida roots and the multicultural provenance that surrounds Miami as a city, she channels this energy into her songwriting, and with her classically trained background, a voice that commands your attention.

‘Let Me Go’ is the perfect example of Rose’s craft. Seamlessly blending trap and salsa while showcasing her melodic pop vocals, there is immediately a fun and refreshing tropical sound that pushes the boundaries. Ariel Rose collaborated with the New York based Dominican rapper LORS, Grammy nominated/Latin Grammy winning producer, Tony Succar, as well as acclaimed musician, Kenyi on this collaboration, and the class really does shine through in this pop salsa fusion track.

‘Let Me Go’ is the second single from Ariel’s upcoming EP ‘En el Paraíso’ to be released in May and it is certainly a statement of intent. For lovers of all things pop, Latin, trap and salsa music, there is something for everybody in this highly addictive and infused song. The production is brilliantly done, playing on those salsa piano lines that we all know, as well as incorporating Ariel’s hugely powerful and encapsulating voice that really does make it a song to be played on repeat.

You’ve had a long career in music thus far with a lot of artistic growth. What makes “Let Me Go” so special?

“Let Me Go” is an explosive salsa trap and pop fusion that I collaborated on with the Latin Grammy winning producer Tony Succar, his incredibly talented brother Kenyi, and Dominican rapper LORS. It’s the second single off of my Tropical Visual EP, In Paraiso, that is releasing on May 20th. “Let Me Go” pushes the genre boundaries and is something really unique. I sing in English on this track and LORS has a great rap in Spanish adding a cool flair to the track.

Can you tell us more about the production side on this track and how involved you were with it?

I initially wrote the lyrics and sent them to the producer I worked with, Tony Succar, and it was there that he really helped develop the style of the track’s beat. I sent him references for styles that I like and it just evolved form there! We ended up collaborating with Tony’s brother Kenyi, and during the recording process we all decided that the track definitely needed a rapper!  It took a little while because we really wanted to make sure that the rapper was the perfect fit for the track and we were very happy to find LORS, who did an amazing job!

What lyrics mean the most to you on “Let Me Go”?

The lyrics that mean the most to me on “Let Me Go” are sung in the very first line, “You’ve got me thinking this is how our story ends.” This line is also the first line off of my EP.  In general, when I wrote the EP, I began with the overall vision and “end goal” in mind. The story of my EP is the beginning of a new chapter towards finding your own version of happiness, which I refer to as “paradise.” I thought of the EP as a book, where each song is a new chapter in the overall story.

“Let Me Go,” is about the back and forth struggle to decide whether to move on from a relationship. The next song, “En el Paraiso,” another single I previously released off of my EP, is the chapter where I decide I’m officially done with the relationship and ready to move on. The third song, “Atrapada” is a fun salsa track that I wrote with the Latin Grammy winning salsa masters Tony Succar and Jorge Luis Piloto. It is a flirty song about finding a new possible love interest and is sung in Spanish with a fun English twist at the end!  The final song, “Your Lovin’” is a beautiful romantic guitar ballad about finally feeling love again with someone new and coming to the end of a beautiful journey of finding your own version of paradise. For me, it’s the perfect end to the story and this EP really embodies not only who I am as an artist, but as a human being.

I will have more music coming the Fall of 2022 as well as live performances, so make sure to follow me on social media to stay up to date on all of my releases!

Stephen Vicino is the founder of MusicExistence.com. He created this site to give talented musicians a voice and a way to be discovered.
@@svicino
Previous Witchy Goth Rock Band Metamorph Traverses Darkness With New Single “Dream Curve”
Next Single Review: Lil Pentagram – “Infernum Davitia” 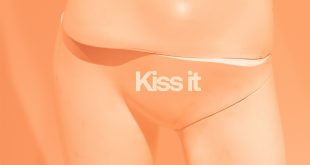 From a visual perspective, there’s a sense of darkness that washes over the screen in …