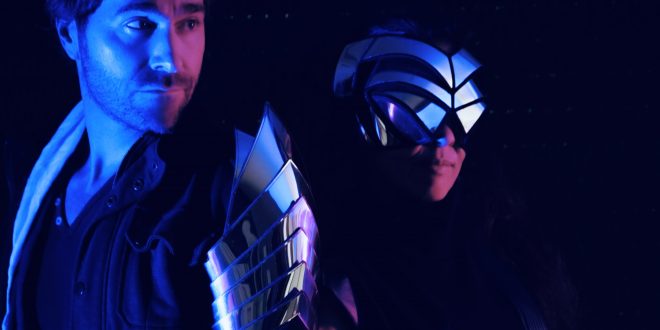 After narrowly escaping a pandemic lockdown in Nepal, darkwave electronic duo Beautiful Machines channelled their intense emotions around the ordeal into a new album and particularity, a pointing new single titled “Survive.” Comprised of Conrad Schuman and Stefanie Ku, Music Existence spoke to the band about artistic survival, how technology impacts the creative space and upcoming plans for their new album.

Music Existence: Talk about “Survive” and how the threat of being trapped in a country during a pandemic translated into the song.

Beautiful Machines: Walking the streets of rouble in Kathmandu, a city still reeling and recovering from a major earthquake several years ago, where large crevasses rip open the streets, and many of the city and country’s utilities and sanitation is on the fritz, you get a different sense of life compounded with COVID. Nepal is already considered a third-world country, but you wouldn’t think that seeing how people get along, cope and support one another, and the ever-present spiritual iconography in its temples and stoopas. There are ingenious systems that we, in the Western world, take for granted, things like running water, waste disposal, intermittent electricity, internet outages. You will see piles of rubbish on the side of the road stacked higher than cars, and unorganized volunteers, who come to sort and figure out how to dispose of it, all without much government infrastructure.

When we heard the news of rising cases of COVID in India, the neighboring country of Nepal, we knew a likely government-sanctioned shutdown might happen in India. If that happens, there will likely be mass migration to Nepal. Once we started hearing of an influx of Indians to Nepal looking for opportunities and security, we thought, it’s possible any moment the government in Nepal can shut down, close borders and restrict movement, including international flights. As we learned from people we met exploring, the last government shutdown came without warning and impacted everyone significantly and lasted nearly a year with no way to come or go.

“We Have to Escape!” we said to each other, and tried booking the next available flight, which would be a week away. The mounting pressure and uncertainty was stressful. One night while visiting a nearby vibrant outdoor temple where Vishnu lays on serpents, dreaming the world into existence, a sense of connection arrived and fragments of music that were just pieces collected together and Survive was born, rather quickly.

M/E: You’ve traveled all over the world together, what made you settle in England?

Beautiful Machines: We are still in motion. We are currently in England just doing some writing, producing and connecting.  The U.K. holds a special place in music. So many well-known artists and musicians who have been an inspiration to us, have some British origins. I often jest, the best American music turned out to be from the U.K. When I was little I thought bands like The Rolling Stones and Led Zeppelin were 100% American. Then one day I heard them talk in an interview.. “poppa, why does he speak with an English accent?” I’m kidding, but seriously, so much great music that the world has experienced has been churned out through shite weather that there must be something going on over here.

M/E: Being avid travellers, how did you cope with not being able to travel for so long? Were you able to find a new appreciation for “home”?

Beautiful Machines: Home is wherever we are together, making music and living in the world, on this transient carousel. It has really changed both of our perspectives significantly. The idea of nationalism, or “the other” has well become a complete foreign concept to us, pardon the pun. Having said all of that, there is something in the sense of home, community and friends who you can cultivate by being in a certain area. Technology is great for staying in touch, but that real genuine connection comes from when we’re all together and share experiences. As well, right now the travel bug is strong, as winter is starting to recede, thinking about climbing and hiking in the alps, or splashing around in the water in the warm sun, sounds very appealing.

M/E: “Control” talks a lot about our reliance on technology and how algorithms affect our daily lives. As musicians in what ways has modern technology helped your career and/or hindered your career?

Beautiful Machines: There is a dual nature to everything including technology. Technology is wonderful for creating music, absolutely no question. Technology is great for “connecting” with people, who otherwise you absolutely couldn’t do.  So we all have to concede that. At the same time, looking at areas like social media, always in the crosshairs, you have to ask where is all of this leading us? Do we like who we are when we are using it, what are the long term and short term effects, how does it manipulate and control us. A few years ago, someone like Edward Snowden emerged as a whistleblower, revealing all these dirty secrets and clandestine operations that the U.S. government’s three letter agencies have been using on its own people, and to what end? Ultimately for further control. At the time, it seemed revalory, while at the same time anyone who has ever been suspicious of not just the government, but the people who wield immense power and influence, or who have watched the X-Files, have felt and known to be true always. So to bring it all back to the original question of technology and our career, it is mostly helpful, while at the same time, not being angsty, degrading one’s psyche and emotional fortitude.

M/E: What’s one thing new artists can do to avoid the negative effects technology has on making music?

Beautiful Machines: That’s easy: Disconnect. Choose to spend more time communing with nature. Personally, I’ve found that being outdoors, moving, touching plants and hanging out with animals makes me the most happy, more than anything out there. Also, I assume we are talking about social media as technology. The constant dopamine spikes related to use and feedback is the backbone of the whole social media system – gamifying social interactions for likes, hearts, and if we’re lucky comments. I realize we all spend a ton of time on a screen one way or another, for work, or pleasure. We all know it’s not healthy for us. Constantly looking down at a laptop or a screen has another effect that isn’t even recognized. Are you familiar with the idea of physical emulation? This is an idea if, for example, you smile more often, then internally you will actually become happier. Similarly, if you have your head tilted down for so much of the day, you might not notice after a little while, but consider it literally bowing down, you are in a submissive state, and a lowered state of energy affects your being.

M/E: Lots of visuals coming along with the new music too. Thematically, what was your goal with visuals and videos for the new album?

Beautiful Machines: A lot of times I see visual ideas when thinking about music, probably most of the time. That’s how some lyrics come, I’ll just imagine a scene or a place or a feeling or an experience. We want to encapsulate the idea of the song into a visual medium, when it’s appropriate, while other songs, it’s fine to just leave some breathing room and just be music sans visuals. This album, Singularity, is all about different aspects of a probable future that may be more near than we anticipated. And each song is kind of like a chapter to this greater “story” arc, if we can call it a story, because it’s not a narrative or movie, it’s music, so there is that breadth of expression that can be tangential to what is otherwise perceived as narrative and just be a felt sense, more along the lines of a concept album.

M/E: What can fans expect from the rest of the album coming this summer?

Beautiful Machines: We’re still putting the finishing touches on things, still have pieces that are being written actually, but if I could summarize, I hope for it to be an album that if you have the time, or are driving, you put it on from start to finish and discover a whole lot of interesting moments happening throughout, songs that may be quite long, musical pieces and interludes, experimentation and hopefully something new 🙂

M/E: Other than the OMD tour dates in Germany, are there any other plans to play live in 2022?

Beautiful Machines: We’re working on other dates in 2022, but haven’t released those dates just yet, and hope to be out performing as often as humanly or robotically possible. 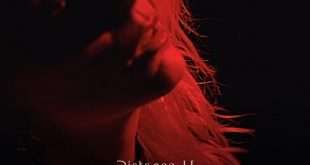 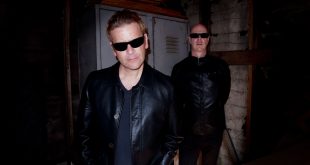 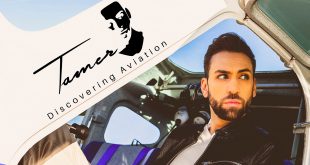