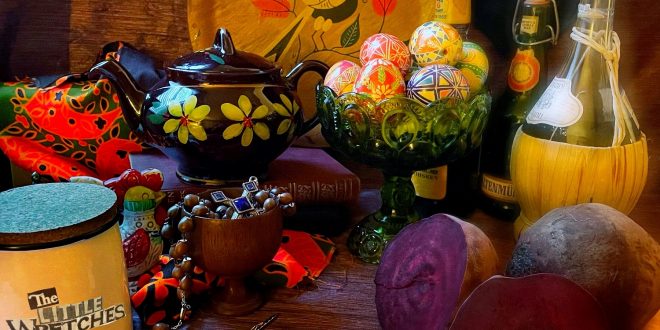 “The heart of the songs lies not in the suffering of the characters but in the indomitable faith and humor that sustains them”— Robert A. Wagner, Little Wretches

With the release of 2020’s “Undesirables And Anarchists,” PA-based indie folk troupe Little Wretches re-emerged as one of the area’s premiere exports. The album was heard on over 115 AM/FM stations in the country, and it included the #1 international iTunes hit, “The Ballad of Johnny Blowtorch.” In 2021, a live acoustic album, “Live at the Mattress Factory: Songs from the Land of Pit Bulls & Poker Machines” was released, yielding another #1, “All Of My Friends.” Now, 150K Spotify streams and 61K Youtube views later, the band, led by Frontman and Songwriter, Robert Andrew Wagner, is releasing their first album of new material in 2 years.

According to Robert Wagner, “RED BEETS AND HORSERADISH’ (out on March 18th, 2022) is inspired by a relish or side-dish usually served around the holidays of Easter or Passover by various ethnicities of Eastern Europe. For the Serbs, for example, the red of the beets is symbolic of the blood of their people, and the horseradish the bitterness of their suffering. For others, the symbolism involves the blood of their savior and the bitterness of His suffering. People in the Jewish tradition also enjoy the dish, but there is no blood involved—the beets are merely for flavor—but the horseradish does represent the memory of bitter suffering in bondage. The songs on the album involve vignettes and portraits of people who’ve suffered—old people, sick people, crazy people, people who are alone—but the heart of the songs lies not in the suffering of the characters but in the indomitable faith and humor that sustains them.”

Watch the video for the first single, “Palms And Crosses” at https://www.youtube.com/watch?v=53PzZDhT3Ho