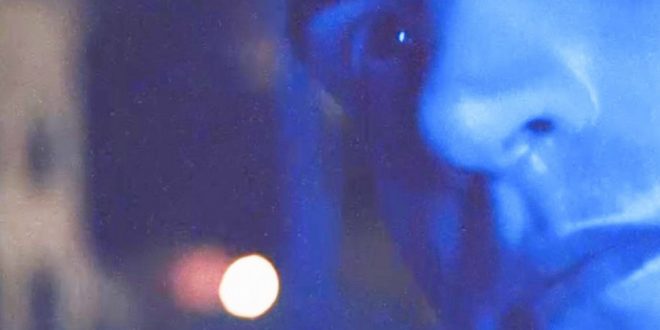 Post-punk has seen at least one significant revival in the past thirty years, and in 2022, I think we might be on the verge of seeing another. Artists like Principe Valiente are breathing new life into the bones of a rebelliously surreal concept genre like nobody’s business lately, and in Valiente’s new single “Porcelain,” it’s easy to distinguish the modern elements of the style from those common in its parentage. “Porcelain” removes the goth and indulgent synthpop elements from the recipe altogether, and instead replaces them with a cutting, guttural anti-pop lyrical structure that somehow pays homage to outsider music and industrial rock at the same time.

I found the balance between the weight of the vocal and that of the arrangement by itself to be pretty striking in “Porcelain,” especially as it brings to mind the likes of Bauhaus’ “Bela Lugosi’s Dead,” compositionally at least. There was definitely a little more room for a heavy percussive arm behind the lyrics, but I like that we’re spared a brutish beat in the name of preserving a ghostly harmony at the top of the mix. A lot of players would have done this differently, and personally, I think the material would have suffered for it.

The guitar parts here are rather hollow, but frankly they need to be for us to appreciate the warmth of the vocal in contrast with the bassline. The bass is wintry and unforgiving whereas the six-string almost wants to be the gentle receiver for which our singer is trying so desperately to get to on the other side of the chorus. Their relationship catalyzes the climax of “Porcelain,” but it also highlights the importance of details to Valiente, who is really putting both himself and his composing skills on the line for all to judge here.

This is one of the more gripping post-punk listens I’ve caught up with this year, and if it’s telling of what we’re going to be hearing out of the underground beat in the next couple of months, alternative aficionados are going to be very pleased with what 2022 has to offer. Principe Valiente brings a lot of heart to the harmonies in this single, and even at their darkest, I think they offer us a glimpse into his ambitiousness as an artist that is simply too exciting and inspiring to be ignored. Valiente is on the right track, and I doubt any critics who hear this will disagree with me.