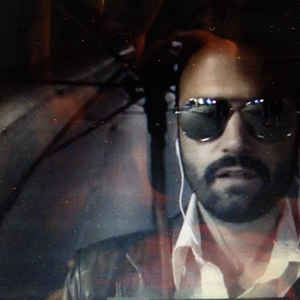 Grooving like it’s the late 70s all over again is one thing, but taking a funky disco rhythm and bringing it into the future like Franky Selector does in his new single “Ice Breaker” takes a lot of skill most artists in his scene just don’t possess. Burgeoning beats are the bread and butter of this track and its companion video, and through their mild swing, we find a psychedelic-tinged center within the song that might be the most fetchingly cerebral treasure I’ve heard from this artist thus far. He’s come a long way in the past ten years, and his latest release is a testament to his growth.

The bass and the drums might have the foundations of this piece down to a science, but without the harmony introduced by the wind section in “Ice Breaker,” I’m not certain we would be able to appreciate the romantic edge of the melodic content here. Franky Selector is being quite naughty with his distribution of sinfully addictive grooves in this single, but there’s arguably just as much action coming off of the featured instruments at the top of the mix as there is the bottom, which hasn’t been true of most funk throwbacks I’ve been following this late summer.

If this is a fair look at who Franky Selector is when he doesn’t have anyone or anything getting in the way of his creative whims, I’d have to say that he should be left to his own devices a lot more often in the future. “Ice Breaker” could have been a chart-topping pop number some forty-five years ago, but in 2021, it has the soulful, artistic singularities so many experimental acts try to cultivate but fail to produce with any sincerity. Franky Selector has more or less done it again here, and I think he’s going to receive a lot of praise for his efforts.