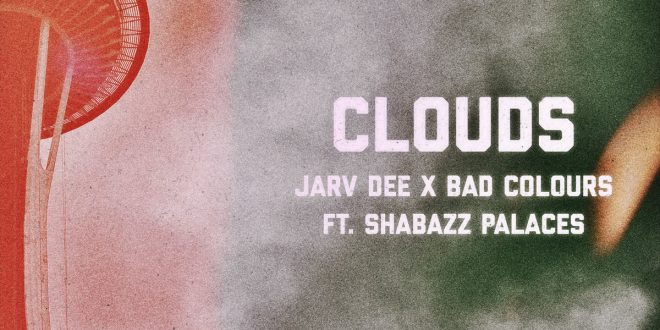 Of all the underground music scenes in the United States, Seattle’s is undoubtedly one of the most profound and well-known. While the city’s rock community has traditionally stolen most of the spotlight away from the other musical acts coming out of the region, lately PNW hip-hop – as alternative and fearlessly unique as it is – has been getting its moment in the sun, thanks to artists like Jarv Dee. In his new single with Bad Colours and Shabazz Palaces, titled “Clouds,” Jarv Dee dives into the back channels of progressive hip-hop and ambient music with the intention of finding another angle to his artistry – and the result of his experimentation is amazing, to say the least.

The synthesized melodicism and percussive element in “Clouds” had the potential to be numbing and cold, but is instead made to feel very chic and cosmopolitan because of the aggression with which the lyrics are delivered. Rather than illustrating discord in the backdrop, these players are assembling a yin to the lyrical yang being offered from center stage, which, despite being a little different than what I might have expected coming into this track just a week ago, is what makes the single and its video such rarified finds this fall.

Although the percussion sports a processed artificiality with pride, it creates a tempo-centered race to the finish line between the verses and the bassline that absolutely rockets the tension level through the roof towards the end of the song. Instead of finishing up with an enormously cathartic release, Jarv Dee wants to get the pressure as high as he can get it, just to drop off a cliff as the music suddenly retreats into the silence from which it came. It’s provocative and tests the boundaries of pop music today, which is likely why I was so excited by this song right from the get-go.

Both indulgent and mind-bending in all the right departments, this stunner of a new single and music video breaks all the rules – and its designers don’t intend on following them in the future. I’ve listened to Jarv Dee and Shabazz Palaces for a little while now, and I think getting them into the same studio together was definitely the right move for both artists as well as the scene they’re repping so epically in “Clouds.” You can put me down for more, along with everyone else curious about the sophisticated Seattle hip-hop being produced in 2021. 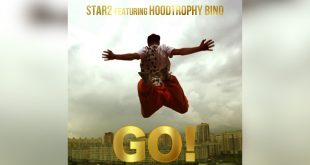