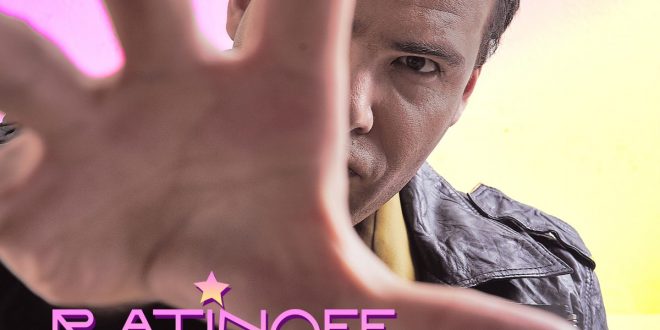 Ratinoff ignites a sound independent of border and genre lines on his debut album Let It Out out now on all streaming platforms with vinyl coming on October 15. Stream it here – https://orcd.co/lvq7vmg

Remember the 90s? Bucket hats, sunglasses, track tops, and Oasis’ hit Wonderwall playing through the stereo. Don’t remember? Then put on Let It Out by Ratinoff and be transported back to the 90s all over again.

Back when bands had a distinct sound that came somewhere between electronic distortion and grunge rock. Ratinoff brings that sound back. It’s a tour through that amazing “weekend had landed” feeling.

Light Me Up is a blend of hair metal vocals with really cool 90s synthpop and instrumental backgrounds. A reminder of a time when produced music didn’t sound overproduced.

You Won’t intro is maybe my favorite on the album. It’s a slow build song that reminds me a bit of old Stone Temple Pilots. It’s fast enough to keep your attention but slow enough to nod your head at a stoplight.

I Just Want To Rock is a total nod to the Mod revival period of the 80s. Fans of The Jam, Spitfires and other bands will absolutely love this track. It’s a lot of fun and instantly puts a smile on your face.

All in all, Let It Out by Ratinoff is a really great album. It’s poppy enough for everyone, but for those who deep dive, you’ll love the influences. They’re so apparent without it being a ripoff. Ratinoff is its own sound while reminding us of the music we all love.

Ratinoff was once a budding Latin pop star with acting credits to his name, Joaquin Torres made waves with a pair of explosive singles that amassed over half a million YouTube views. In 2019, he activated a personal and artistic reinvention and legally changed his name to Jay Ratinoff, adopting his mother’s surname. He also changed his musical perspective and found himself reaching back to a time before he was born to draw on influences ranging from Joy Division to New Order, Billy Idol, and The Cure.

Stephen Vicino is the founder of MusicExistence.com. He created this site to give talented musicians a voice and a way to be discovered.
@@svicino
Previous SONS OF SILVER TO RELEASE NEW SONG AND VIDEO “HESITATE” FROM THEIR FORTHCOMING EP ORDINARY SEX APPEAL
Next Sexy Psycho J. Irja Releases Music Video “The Plug”