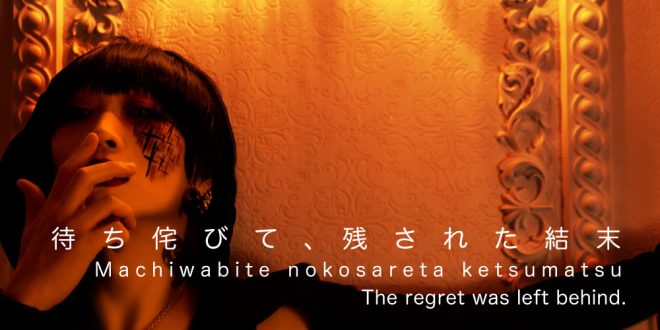 Single Review: Riku “The Regret Was Left Behind”

Arena-filling lead vocals and mellow sound that struck you instantly..what else do you really need to ignite an alternative rock vibe? If you’re an artist like Riku, the answer is nothing – and he proves as much in his simple yet sonically intense new single “The Regret Was Left Behind.” Right off the bat, we know we’re in for something epic in this song.

By the time that Riku’s vocals enter the fold, there’s already so much action transpiring in the instrumentation behind him that it’s hard to fathom keeping up with his nimble but wholly melodic singing. He quickly demonstrates an ability to balance fragile harmonies with a devastatingly brutish beat in the backdrop, and although it can be said that this master mix does him plenty of favors, there’s no denying that it’s his adrenaline driving home the most sensational moments in “The Regret Was Left Behind.” From its title to the tonal assault it unleashes rather poetically, this is a single rockers need to get their hands on this summer.

Despite the language barrier, there’s an angst-ridden quality to the lead vocal that I detected the moment I heard this song for the very first time, and it extends itself to the melodic substance of the instrumentation effortlessly. The beat in “The Regret Was Left Behind” was meant to induce a bit of anxiety as we get closer to the climax of the track, but this only makes the inevitable release of tension even more powerful and transcendent for the audience. I’ve been hearing a lot about hip-hop being the last mood-driven genre in the pop lexicon these days, but listening to a single like this one poses quite the counter-argument on behalf of contemporary rock n’ roll.

“The Regret Was Left Behind” is a must-listen if you’re into the streamlined side of hard rock as it can be realized by expert hands, and whether you’re new to Riku’s music or not, I think this is going to get you more intrigued by the Japanese singer and songwriter’s work in the future. His career has taken him a great many places, starting with the numerous bands he’s fronted in his native country, but it’s in a solo venture like this one that I believe we’re able to get the full picture of what he can do as a creative. The personality of “The Regret Was Left Behind” is an enthralling one, perhaps even separate from the man behind the music to some degree, and it’s something I hope I get the chance to explore again in future works sporting his name in the byline.

Tags riku single review the regret was left behind