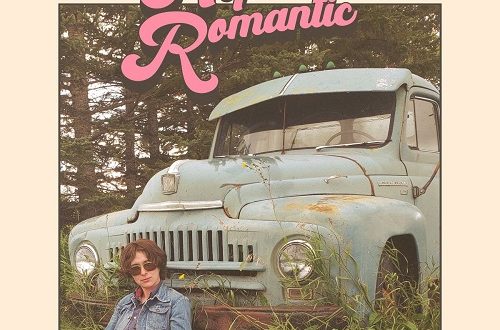 “You kick my funny bone each time you’re near / I double over, laughing through my tears” croons Bobby Dove in a pseudo-American drawl, these verses kicking off the rather obvious title cut in their new album Hopeless Romantic. Though the lyrics often feel terribly recycled and quasi-hipster more than any decent critic would feel comfortable with, the spirit behind this performance is the real reason to check out the song and its music video this month. While plagued with cosmetic flaws, Hopeless Romantic’s lead single and tracklist represent an important step forward for its creator, who undisputedly has more talent than this track would ever suggest.

Dove’s instrumental wit is so much stronger than their command of poeticisms, and it’s proven so in “Haunted Hotel,” “Early Morning Funeral” and the wistful “Golden Years.” There’s such a fine emotional tone to the melodies in these three tracks that it’s easy to tell where the artist was at when they were constructing the basic framework for each song. The harmonies extend themselves to us in a way that words could never do on their own, and considering the lack of charisma in the vast majority of verses here, it’s a much-needed feature.

The music video for the single falls well short of originality, merely plastering the screen with animated shots adorned with lyrics like a childhood singalong for millennials who refuse to grow up. I guess my main issue with this element of the piece is that it isn’t doing enough to distinguish Bobby Dove from the other artists in their scene, which is rather criminal when factoring in the skillset they’re bringing to the studio instrumentally. Optics are the problem and not a solution to unlocking the beautiful core of this player, and that’s quite clear when studying the compositional bones of their second LP.

Blue Rodeo veteran Jim Cuddy’s collaboration with Dove on the song “Chance in Hell” might be the best track here, slightly edging out “My World’s Getting Smaller,” “New Endings New Beginnings” and the promising live treat “El Hormiguero,” but not because of Cuddy’s performance at all. I actually think it’s the way Dove counters their collaborator in this song that gives the track its chills-factor, and if that same moxie would have translated to the solo work on Hopeless Romantic, I would have been able to call the album a triumph from beginning to end.

Although mostly lackluster in comparison to its breakout predecessor, Hopeless Romantic offers a few moments of brilliance from Bobby Dove and reason to believe that the much-discussed Canadian singer/songwriter has better days ahead. The pandemic’s influence on pop has mostly been through subtly surreal isolationisms both lyrically and instrumentally, and though they’re relatively minor on paper, they hurt some of this record’s best shots at scoring a hit. Time and a little more experience will likely benefit Dove and their campaign, and I’m eager to hear what they’re going to do in the next stage of evolution that follows the Hopeless Romantic era.